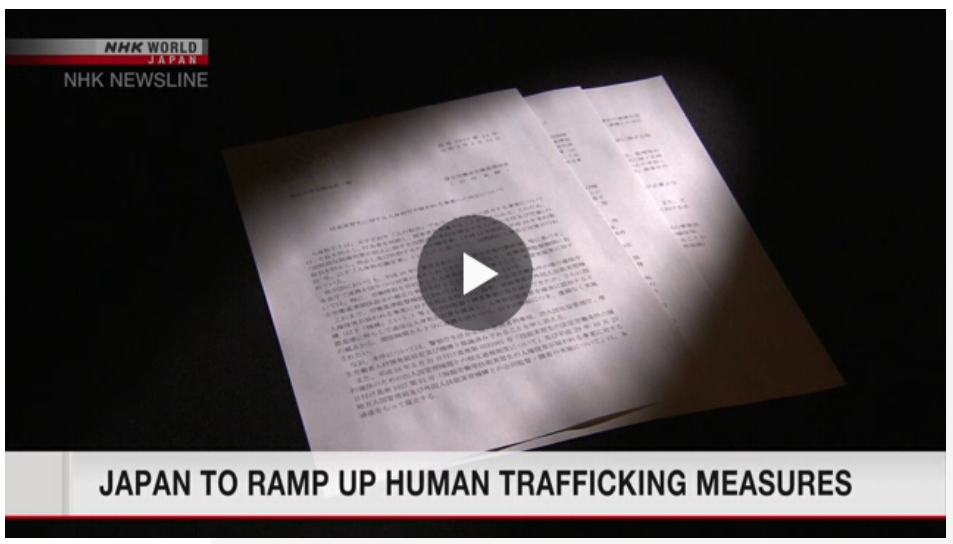 As of June of last year, there were about 400,000 foreign workers in Japan who had come to the country in the Technical Intern Training Program.

The labor ministry says there were cases in which trainees were forced to work for long hours at lower wages and virtually barred from escaping.

Last month, the ministry sent a notice to local labor bureaus instructing them to step up measures against such practices.

The ministry suggested that labor standards inspection offices and an organization that refers trainees to businesses jointly monitor and investigate if suspected human trafficking cases are reported or trainees seek protection.

The ministry said serious cases should be investigated and then referred to prosecutors, and that cooperation with police should be strengthened if foreign workers are allegedly victimized by violence or confinement.

The US State Department noted in an annual report issued last year that Japanese authorities failed to identify a single trafficking case in the Technical Intern Training Program despite persistent reports of forced labor.

The labor ministry says it will take seriously the US findings that Japan’s effort to crack down on human trafficking is insufficient and it will work harder to eliminate abuses of the human rights of foreign trainees.