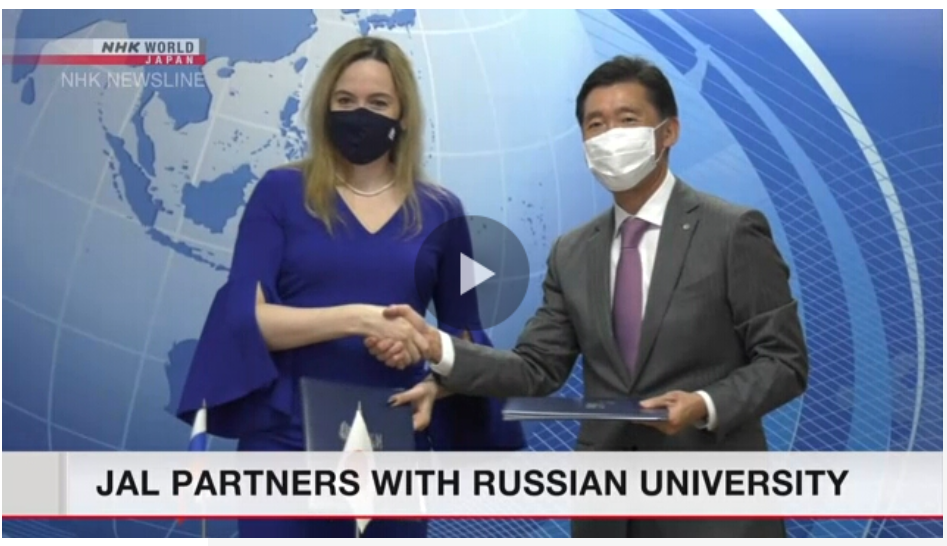 Japan Airlines has concluded a partnership agreement with a university in Russia’s Far East in a bid to promote academic and cultural exchanges between the countries.

JAL and Far Eastern Federal University signed an Industry-Academia Collaboration agreement on Friday. The university in Vladivostok is known for its oriental studies.

It’s the first time the airline has partnered with a Russian school. Under the agreement, JAL will offer courses about the airline industry and customer service for the students. It will also provide internship programs at its office in Vladivostok.

In February last year, JAL launched direct flights from Narita Airport to the Russian city, which has become known as “the closest point in Europe from Japan.” It was forced to suspend the flights a short time later due to the coronavirus pandemic, and as yet there is still no prospect of resuming them.

The branch manager of the JAL Vladivostok office, Takeyama Yuji, said he believes closer ties will help increase travel between the countries.

The Vice-President for International Affairs at the university, Victoria Panova, said students will be able to learn skills and acquire experiences that they can apply in the future. She said she expects to see positive effects even from such small efforts.