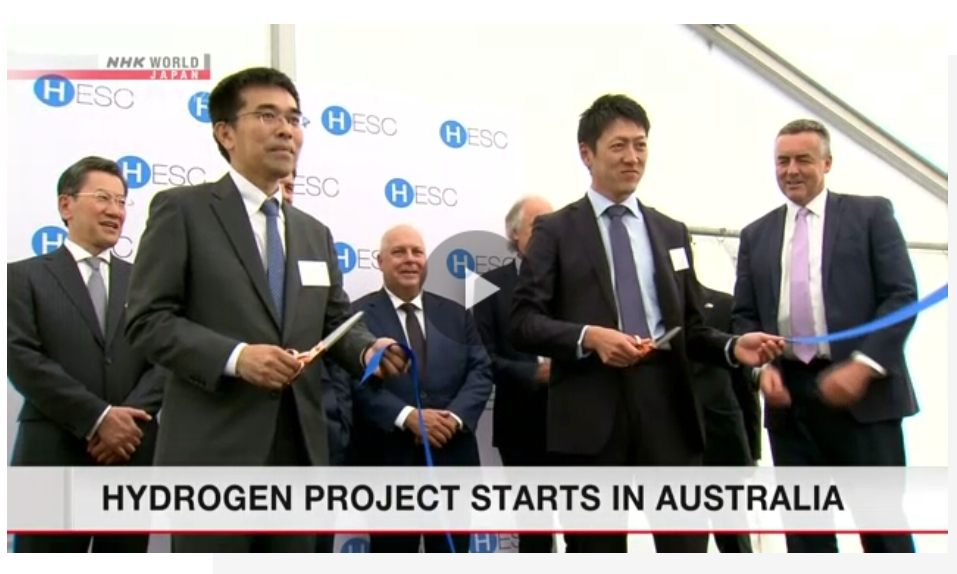 Businesses from Japan and Australia have launched a pilot program to produce and transport liquefied hydrogen as a next-generation source of energy.

About 70 representatives from participating companies and the countries’ governments attended a ceremony marking the start of the trial in the Australian state of Victoria.

Taylor said, “It’s these partnerships that will bring down our emissions, create jobs, drive investment, strengthen the Australian economy and bring down emissions not just here in Australia but across the region and across the world.”

An official from Japan’s Electric Power Development touted the cutting-edge technology and expertise used in the project.

The venture involves extracting hydrogen from brown coal, and then liquefying it. The companies are currently running test operations at a plant in Victoria.

Brown coal costs about one-third of the price of coal that is exported for power generation. The companies say the venture will show that hydrogen can be a viable, low-cost source of energy.

The project will run a trial to ship hydrogen to Japan by the end of the year.