TOKYO — The U.S. and China’s competition over high technology has entered a new stage.

The focus is on quantum technology, which will affect economic competitiveness in the medium and long term. The U.S. has been the front-runner of the world in various technologies, but in quantum technology, China is taking the lead. Cooperation with allies such as Japan will be key for the administration of U.S. President Joseph Biden to keep his country competitive in this area.

The Biden administration’s interim national security guidance announced on March 3 states that “America must reinvest in retaining our scientific and technological edge and once again lead, working alongside our partners to establish the new rules and practices.” The guidance pointed out that quantum computing and artificial intelligence will have a widespread impact on the economy, military and employment, as well as on efforts to improve equality.

On March 5, China announced that it would increase its research and development investment by an average of more than 7% per year in its five-year plan starting in 2021, citing AI and semiconductors as well as quantum technology as important areas.

Quantum computing, the next generation of computers, will revolutionize the development of industrial materials and medicine, as well as the use of AI. The technology will also be able to break the encryption of the internet. Developing quantum computing could lead to the ability to break the codes of other countries’ internet communications.

According to an analysis of patents related to quantum technology by Valuenex, IBM led the way with 140 patents for quantum computer hardware. Microsoft ranked third with 81 patents while Google ranked fourth with 65. The U.S. is also ahead of other countries in terms of software technology. 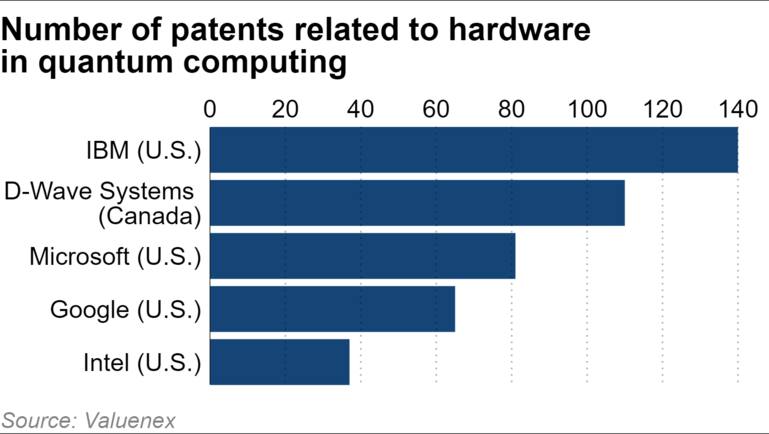 But when it comes to quantum communication and cryptography, China is in the lead. In terms of patents related to hardware in this field, such as devices that exchange photons, Huawei ranked second with 100 patents, and Beijing University of Posts and Telecommunications ranked fourth with 84 patents. Chinese companies also hold many patents for software technology in this field. 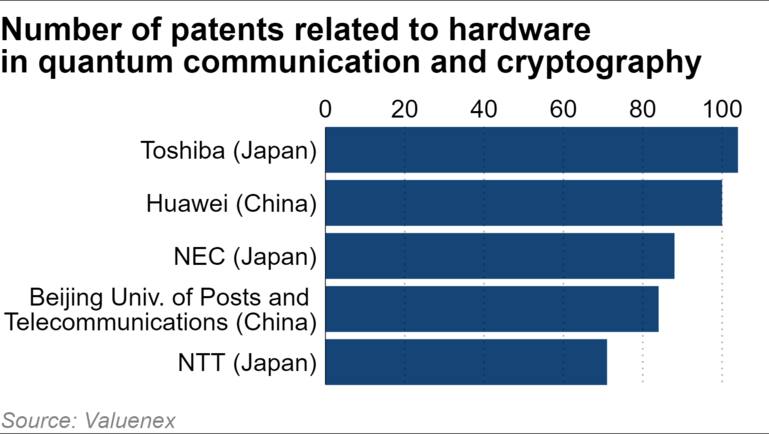 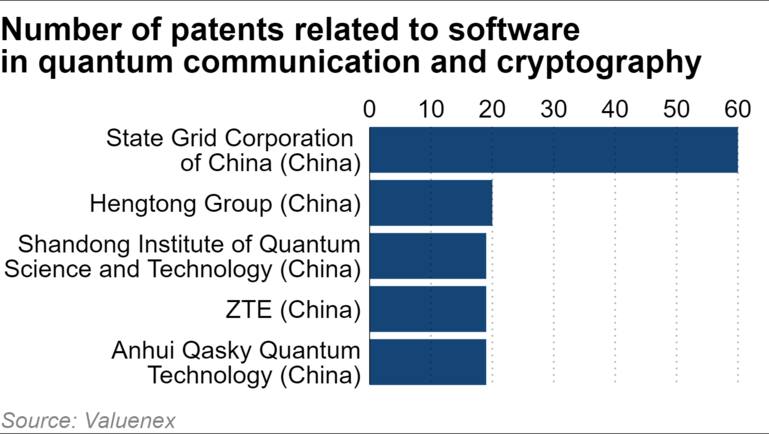 Overall by country in quantum technology, China has more than 3,000 patents, about twice as many as the U.S. 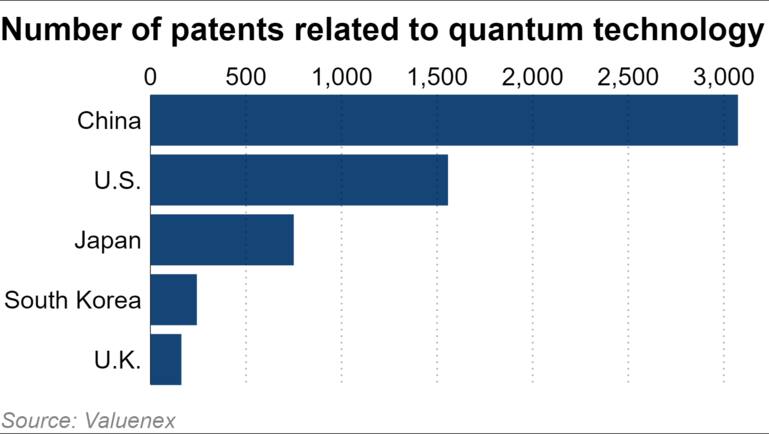 China’s focus on quantum communication and cryptography is said to have been triggered by the “Snowden affair” in 2013, when former CIA contractor Edward Snowden exposed intelligence gathering by the U.S.

In 2016, China successfully launched the world’s first experimental quantum science satellite, Micius. The Center for a New American Security released a report in 2018 that said, “China clearly aspires to lead the […] quantum revolution.”

According to Masahide Sasaki, a fellow at Japan’s National Institute of Information and Communications Technology, the young Chinese researchers who studied in the West had repatriated to their home country and contributed to the “explosive progress” of quantum technology in China.

The U.S. is looking to catch up, and according to Astamuse, investment in research related to quantum computing that had begun in 2018 tripled from the previous year to more than $200 million. The U.S. government is aiming to develop the “quantum internet,” a next generation internet that enables ultra-secure telecommunications. Meanwhile, in January 2021, China announced that it had built a quantum communication network reaching 4,600 km, which can effectively connect satellites to locations on earth.

Japan has more advanced technology in communication and encryption than the U.S., with Toshiba, NEC, and NTT holding nearly 10% of its hardware patents. Tokyo is keen to work with the U.S. in this area. A Japanese government official told Nikkei: “We would like to cooperate with the Biden administration quickly.”

This Japan-U.S. collaboration could be key to determining the outcome in the global struggle for tech hegemony.