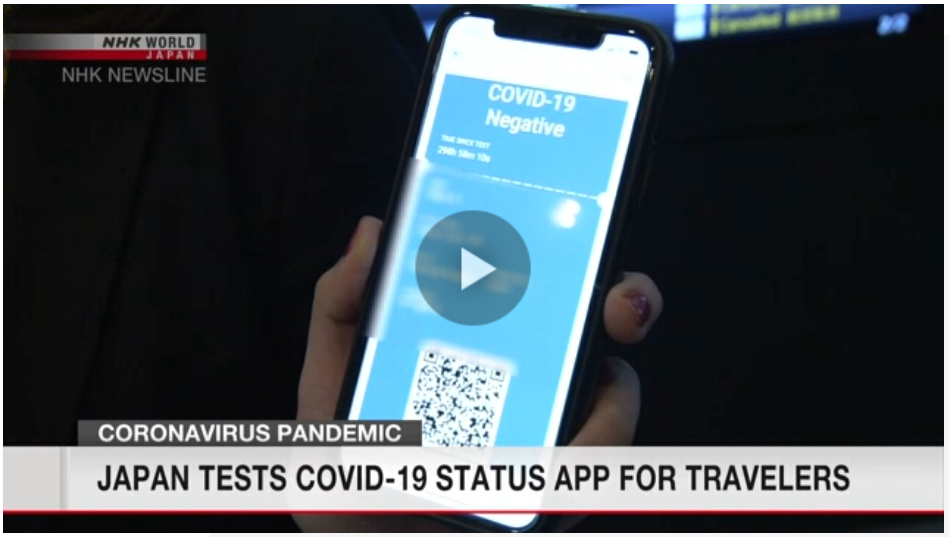 Travelers crossing borders may one day be able to manage coronavirus test results and vaccination status on their smartphones.

Officials in Tokyo have been testing the technology that could help fully restart international travel.

The system involves an app called CommonPass, which is being developed with the support of the Word Economic Forum as part of a global effort.

Five people had their saliva taken at a PCR-testing site. The samples were sent to a nearby facility for analysis.

About two hours later, participants received a notice on their smartphones indicating a negative result.

By linking the data with the app, users can show their results with a QR code that acts as a globally accepted certificate.

Fujita Takanori is working on healthcare data policy at the World Economic Forum. He said, “It’s a digital certificate, so the risk of tampering is low, and it’s easy to carry. We believe this could prove to be an effective way to let people travel across borders safely.”

Japan Airlines and All Nippon Airways plan to test the app soon.