57% say state of emergency in Tokyo area should be extended, Mainichi poll 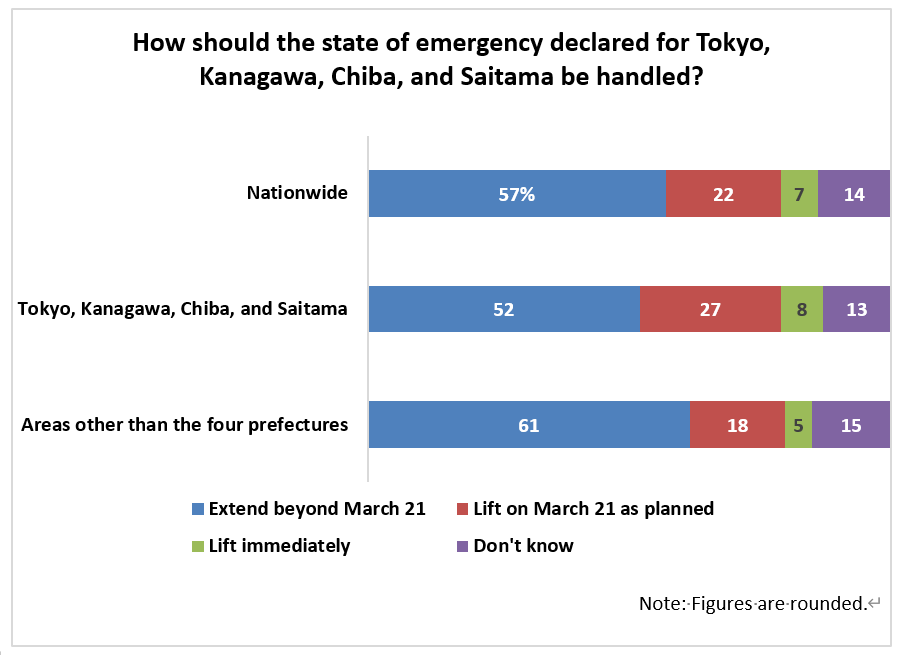 TOKYO — Fifty-seven percent of people across Japan surveyed by the Mainichi Shimbun and the Social Survey Research Center on March 13 said that the coronavirus state of emergency in four prefectures in the Tokyo metropolitan area should be extended after March 21, while 7% said that it should be lifted immediately.

The second state of emergency issued in January has been extended until March 21 in Tokyo, Saitama, Chiba and Kanagawa prefectures. In the poll, 22% of respondents said that the state of emergency should be lifted on March 21, while 14% answered that they were uncertain. Breaking down the replies by region, 52% in the four prefectures said that it should be extended after March 21, while as much as 61% in other prefectures said the same.

As for the coronavirus countermeasures carried out by the administration of Prime Minister Yoshihide Suga, 23% approved of them — the same percentage as in the previous poll carried out on Feb. 13 — while 57% did not approve — 6 percentage points higher than in the prior survey. Twenty percent of respondents answered they had no opinion — 5 points lower than the previous questionnaire. 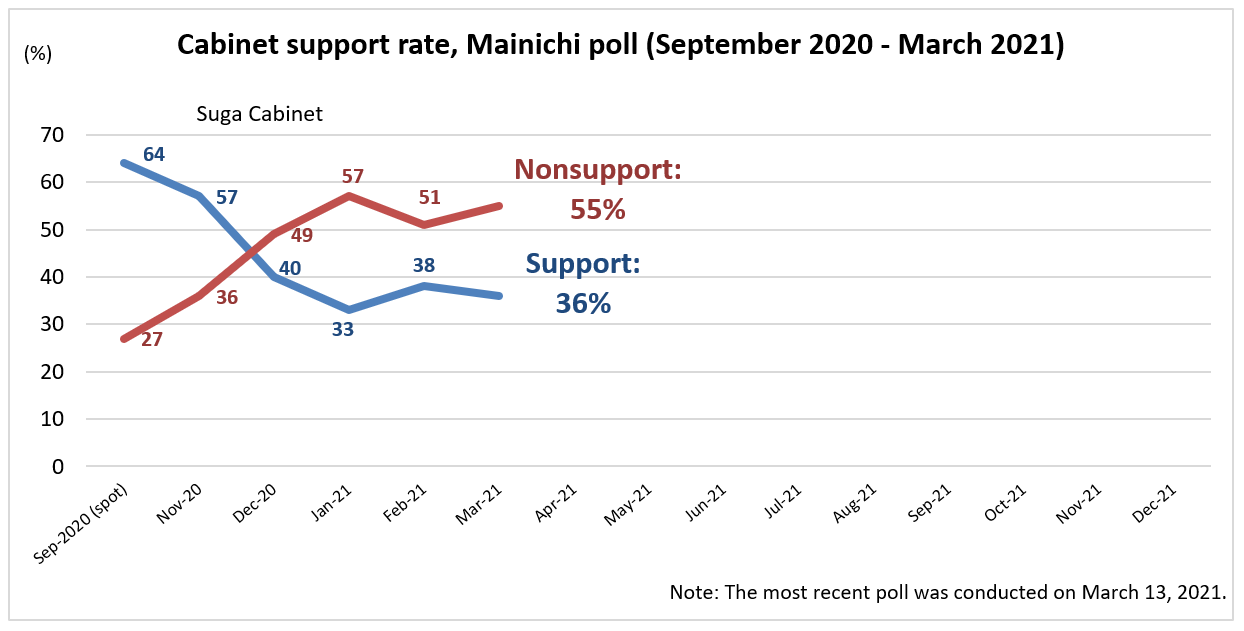 Regarding the Suga administration’s policy on vaccines against COVID-19, 42% supported the strategy, 31% disapproved it and 27% were uncertain. Vaccinations in Japan started in February for medical workers. Although inoculations for elderly people aged 65 or over are slated to begin in April, there have been delays from the initial schedule as the vaccine supply has been unstable. The survey results imply that some people are discontent with the government’s response to the matter.

Asked what action they will take once they can get vaccinated, 49% of respondents said that they will get the shot immediately — 10 points up from the previous poll. Meanwhile, 42% answered that they will take a wait-and-see approach — 10 points down from the Feb. 13 survey. Six percent said that they will not get vaccinated — the same percentage as in the previous poll — and 2% were uncertain, 1 point down from the prior survey. As vaccinations have gradually proceeded and information about side effects has become clear, anxiety over vaccinations is apparently decreasing.

The poll was conducted through texts on mobile phones, as well as recorded questions asked through calls to landlines. There were 731 valid mobile phone responses and 325 valid landline responses.