Proposal made to promote hydrogen use 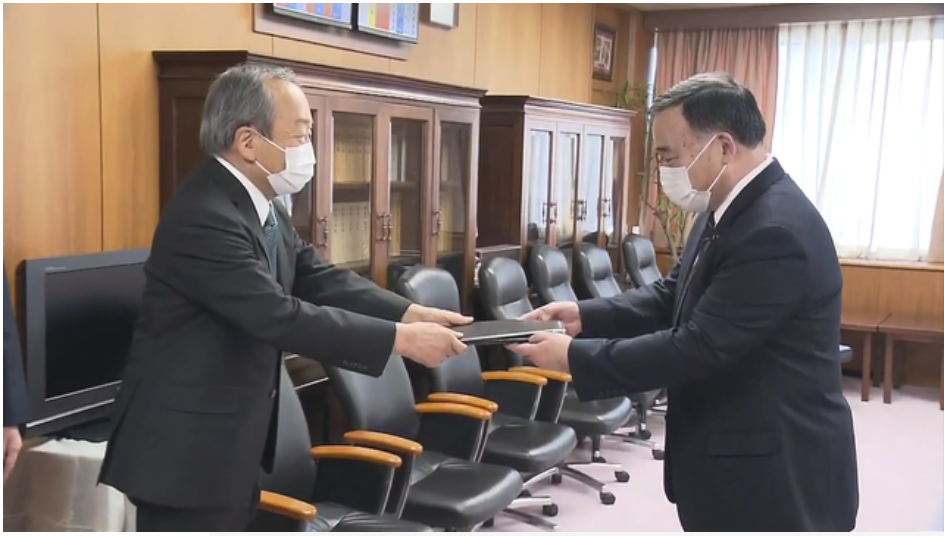 A Japanese association promoting the use of hydrogen as a next-generation energy source has made recommendations to build an environment that makes it easy to utilize the substance.

The Japan Hydrogen Association consists of more than 190 Japanese firms and municipalities.

The government aims to boost domestic demand for hydrogen to 3 million tons by 2030.

To help the government attain that goal, the association calls for the automobile, steel, financial and other industries to study ways to expand the use of hydrogen.

Another proposal is to nurture human resources to work in research and development.

Kajiyama said hydrogen is essential in achieving a goal of net-zero greenhouse gas emissions by 2050.

He expressed his willingness to work with the association to proceed with policies. He said he will do all he can to carry out regulatory reforms and institutional support based on the association’s views.