Opinion: Meeting force with force is not best China policy for Japan 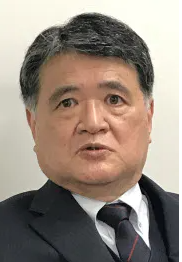 The Japan Coast Guard is a police agency. Given the current situation, there is no option other than for the JCG to defend the Senkaku Islands. If the Maritime Self-Defense Force were deployed for maritime patrol operations based on police authority, this would perhaps give China an excuse to deploy its own military. That would be exactly what China wants.

The problem is that the nature of the China Coast Guard, which is repeatedly sending government ships to Japanese waters around the Senkakus for unlawful incursions, remains elusive. It is a police agency but allowed to conduct military operations. It is placed under the centralized leadership and command of the Central Military Commission of the Communist Party of China.

The U.S. Coast Guard and other countries’ maritime authorities also take on dual duties. But they switch to different lines of command and legal grounds depending on whether they conduct patrol operations or military operations. They also differentiate weapons to be used and draw a thorough distinction between “military” and patrol” operations.

The China Coast Guard could be regarded as a pseudo police agency that cleverly hides its claws. On the contrary, the JCG is a one hundred percent police agency and prohibited by law from acting as a military unit. This complicates the JCG’s response to China.

It is said that the JCG should coordinate seamlessly with the MSDF when it faces situations beyond its control. But technically what the JCG cannot do cannot be handled by the MSDF either. Even if the order to conduct a maritime patrol operation is issued, the MSDF is only allowed to use force, including weapons, based on the police [law], just like the JCG. They can take such action only for the purpose of self-defense or emergency evacuation. The mobilization of the SDF could be justified when it needs to address an action that leads to the violation of Japan’s sovereignty, but to do so, Japan must be prepared to go to war against China.

Some call for bolstering Japan’s “defense equipment” and “reviewing the standards governing the use of weapons to grant immunity when the use of weapons harms others.” These arguments are not level-headed and are short-sighted. China would escalate its provocations, and if an armed clash occurred, Japan, too, would come under criticism from the international community.

Then what should Japan do? Its claim that the Senkakus are an inherent part of the Japanese territory and there is no territorial issue with China is legitimate both from a historical perspective and in light of international law. But there is no certainty that Japan’s claim is internationally recognized. Japan must act more proactively in rebutting China’s claim.

Here the U.S. is important. The U.S. returned the right to administer the Senkakus to Japan during the 1972 Okinawa reversion, but it adopted a stance of neutrality and non-engagement concerning territorial rights out of consideration for Taiwanese leader Chiang Kai-shek. This became the source of China’s territorial claim and is driving its offense against Japan. The Japanese government should lobby the U.S. to explicitly indicate that Japan has sovereignty over the Senkakus.

As China has nothing to lose, a “territorial dispute” creates a favorable situation. That is why it is taking a long-term approach in attempting to establish a presence indicating its effective control of the Senkakus. China wants Japan to respond to its provocations and meet “force with force.” This would not be for Japan.

Some foreign policy experts say that “it would be best if the JCG drove away Chinese government ships in a low-key manner.” That thinking is irresponsibly and smacks of ostrichism.

The JCG is doing what it can do in responding to the situation, but there are limits to what those on the frontline can do. Effective political and diplomatic policies should be discussed.