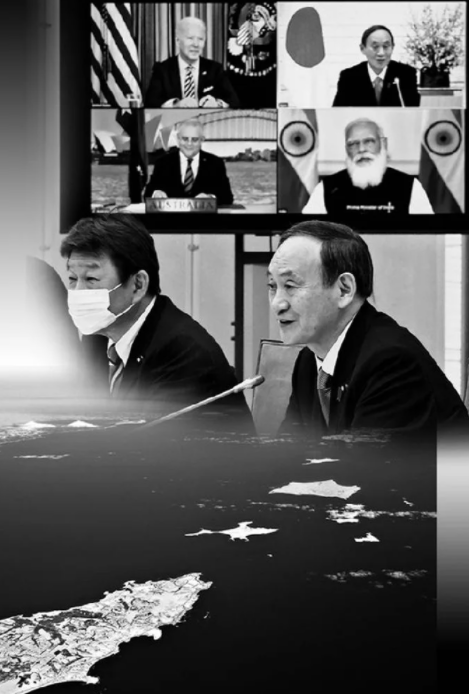 A return to normal operations

“Make sure Suga is the first to meet with Biden!” the Ministry of Foreign Affairs (MOFA) instructed the Japanese Embassy in the U.S. On March 12, the government announced that Prime Minister Yoshihide Suga will travel to the U.S. as early as the first half of April for talks with U.S. President Joe Biden. Suga is expected to be the first foreign leader to meet with Biden in person.

The beginning of the Suga Cabinet offers a good opportunity for MOFA to “reassert itself.”

During the more than seven years and eight months of former Prime Minister Shinzo Abe’s regime, the Prime Minister’s Office [Kantei] spearheaded Japan’s diplomacy. The bilateral relationship between Japan and the U.S. completely depended on the leader-to-leader diplomacy between former Prime Minister Abe and then U.S. President Donald Trump. Negotiations with North Korea and with Russia on the Northern Territories were carried out by Special Advisor to the Prime Minister Takaya Imai and others behind closed doors. “We haven’t been told anything!” fumed senior MOFA officials time and again.

The change in prime minister is raising hopes within MOFA that “things will return to MOFA’s normal bottom-up approach.” That is why the ministry focused on securing a summit meeting with the U.S. The ministry has been so enthusiastic that a senior U.S. government official said with astonishment, “Why does Japan insist so much on being first?”

It goes without saying that the U.S.’s choice of Japan [as the Biden administration’s first summit counterpart] was affected by the international situation. The U.S. has the ulterior motive of keeping China in check by showing the importance it places on Japan, the U.S.’s greatest ally in Asia. Also, as a former Cabinet minister points out, “The legacy of Abe diplomacy is still alive.”

In September 2015, Abe enacted national security legislation that allows the limited exercise of the right to collective self-defense. Though fierce resistance from opposition parties sapped the government’s energy, Abe recalls, “I could make the Japan-U.S. alliance one where we help each other.” Also, a “free and open Indo-Pacific” strategy, which President Biden began to mention after he took office, was repeatedly advocated by Abe and spread to the world.

While Abe made his presence felt in diplomatic and security circles by setting a goal of conducting “diplomacy that takes a panoramic perspective of the world map,” Suga is associated with placing a strong emphasis on domestic politics. Suga himself tells members of his inner circle, “I can’t conduct diplomacy in the same way as Mr. Abe did.”

The difference in the level of enthusiasm for diplomacy between the two administrations is evidenced by data. According to statistics compiled by the Yomiuri Shimbun, Abe met with senior diplomatic and security officials about 670 times during the six months before his resignation. Although it is difficult to make a simple comparison due to differences in circumstances, Suga only met with these officials about 190 times in the past six months.

The National Security Council (NSC), which was set up under the auspices of Abe, does not have much of a presence, either. Though Abe held NSC meetings twice a month, Suga held the first NSC meeting two months after the launch of his Cabinet. That effectively put discussions on the acquisition of the capability to attack enemy bases, a carryover issue from Abe, on ice. A senior official of the Ministry of Defense (MOD) recalls, “There were no government discussions worth mentioning.”

In contrast, the Foreign Affairs Division of the Liberal Democratic Party (LDP) is in high spirits under the Suga government.

At the division’s meeting held at LDP headquarters on March 11, many participants called for tough responses to China, saying, “Japan should clearly show its stance on China’s human rights issue” and “Japan should more strongly refute China’s claims regarding the Coast Guard Law.” One lawmaker closely affiliated with MOFA says enthusiastically, “Suga lacks passion for diplomatic and security policies, so we can now exercise leadership.”

Conservative lawmakers experienced success in dealing with the Kantei, which was cautious about banning new entries from China and South Korea during the pandemic. The lawmakers were able to force the Kantei to shift to a policy of closing the country’s border for all foreign nationals by putting pressure on the Kantei over anti-COVID-19 measures. This is something that would not have been seen in the Abe era, when the weak presence of the LDP gave more power to the government than to the ruling party.

On Feb. 7, Suga sent a video message to a national rally held in Tokyo to demand the return of the Northern Territories. “We will continue to steadily engage in negotiations based on various agreements between Japan and Russia,” Suga said in the video. In contrast, Abe participated in person in the rally every time it was held during his tenure as prime minister.

At this year’s national rally, participants attended the rally online. But Yukio Edano, head of the Constitutional Democratic Party of Japan (CDPJ), and the executives of other political parties participated in person at the venue as guests. A person related to a private organization that hosted the rally complained: “It seems that Prime Minister Suga stayed at the Diet members’ dormitory instead of coming to the rally in person. He seems to be unenthusiastic.”

The rally adopted a statement which includes the statement: “[The Northern Territories] have remained occupied [by Russia] for 75 years without any legal basis.” Until last year, the rally had refrained from including such a statement out of consideration for the Abe government’s negotiations with Russia. The adoption of this strong phrasing at the recent rally is a sign that expectations for the negotiations have waned.

Countries around the world are gradually conducting diplomacy in earnest following the wide availability of COVID-19 vaccines. Suga diplomacy will be put to the test in the not-too-distant future.