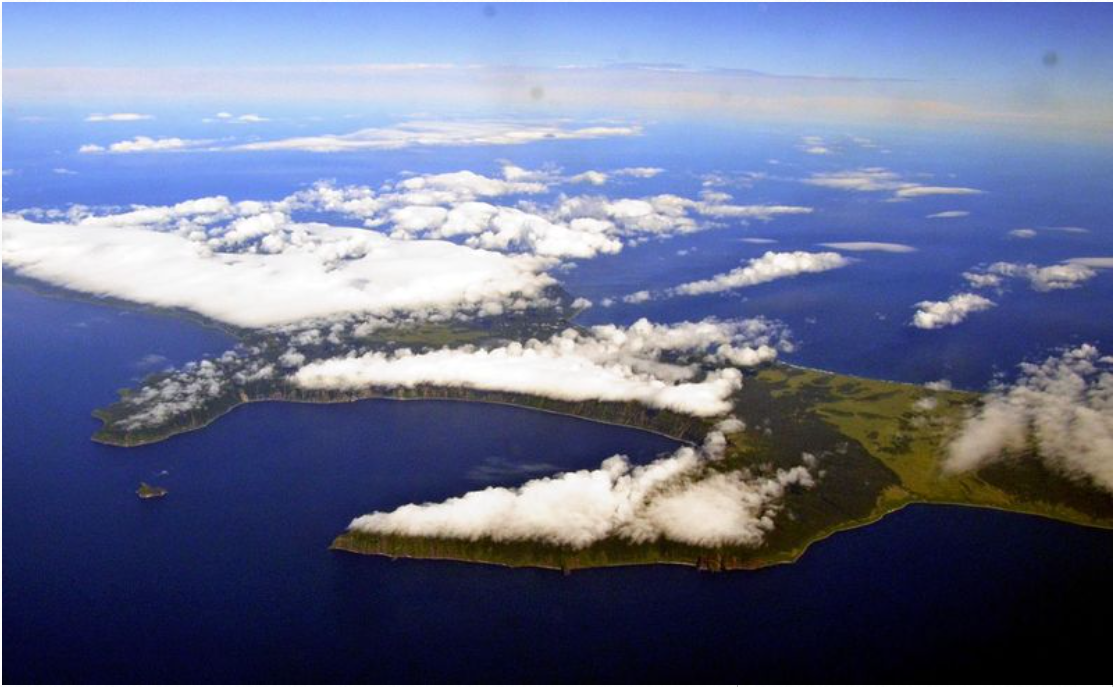 Yomiuri Shimbun file photo / Etorofu island is seen from an airplane in July 2018.

MOSCOW — The Russian administration of President Vladimir Putin is actively developing tourism in the northern territories of Japan. The two nations are expected to promote joint economic activities in tourism on the four islands, but Russia’s unilateral actions are apparently aimed at making its illegal occupation of the islands a settled matter.

On March 4, a senior official of the state of Sakhalin in Russia’s Far East, which is effectively in charge of the northern territories, explained its tourism development plan to the state assembly. According to Russia’s Interfax news agency and other sources, the official announced a five-year project to develop a year-round facility that includes ski resorts, golf courses, hot springs and a 700-room hotel at the foot of Mt. Baransky on Etorofu Island.

“It will attract about 60,000 visitors a year, with half that number expected to be foreigners,” the official said. The total cost of the project will be about 21.5 billion rubles (about ¥32 billion), and a major Russian resort development company that is said to be close to the Putin administration will play a central role.

The four islands — Etorofu, Kunashiri, the Habomai islets and Shikotan — have a total area of about 5,000 square kilometers, similar to the size of Chiba Prefecture, but their population is only about 18,000.

Russia has a plan to build a tourist area called the “Southern Kuril Islands,” focusing on ecotourism utilizing untouched nature, on the islands of Kunashiri and Shikotan.

If the number of foreign tourists visiting these islands with Russian visas increases, Russia’s claim that the islands are its territory could become a fait accompli.

“We’re aware of the media reports, but this is incompatible with Japan’s position on the four islands,” an official of the Division for Japan-Russia Joint Economic Activities at the Japanese Foreign Ministry said.

The Putin administration has hardened its stance on the four islands. A Russian Foreign Ministry spokesperson recently said “we can’t even debate” the issue with Japan.

Nevertheless, Russia is eager to cooperate economically with Japan. Financing is a challenge for Russia to realize the tourism project, and it may ask Japan to join the project in the future.

In 2016, Japan and Russia agreed to start discussions toward the implementation of joint economic activities, and joint investments by the two countries are expected, including from their private sectors.

Japan and Russia aim to conduct activities in five areas, including tourism and garbage disposal.

In the field of tourism, a trial tour for Japanese tourists was conducted in 2019. But there is no prospect for full implementation, as a special framework still needs to be designed that would not weaken the legal position of the two countries.