Japan, U.S. to conduct joint exercise based on scenario of “retaking Senkakus” 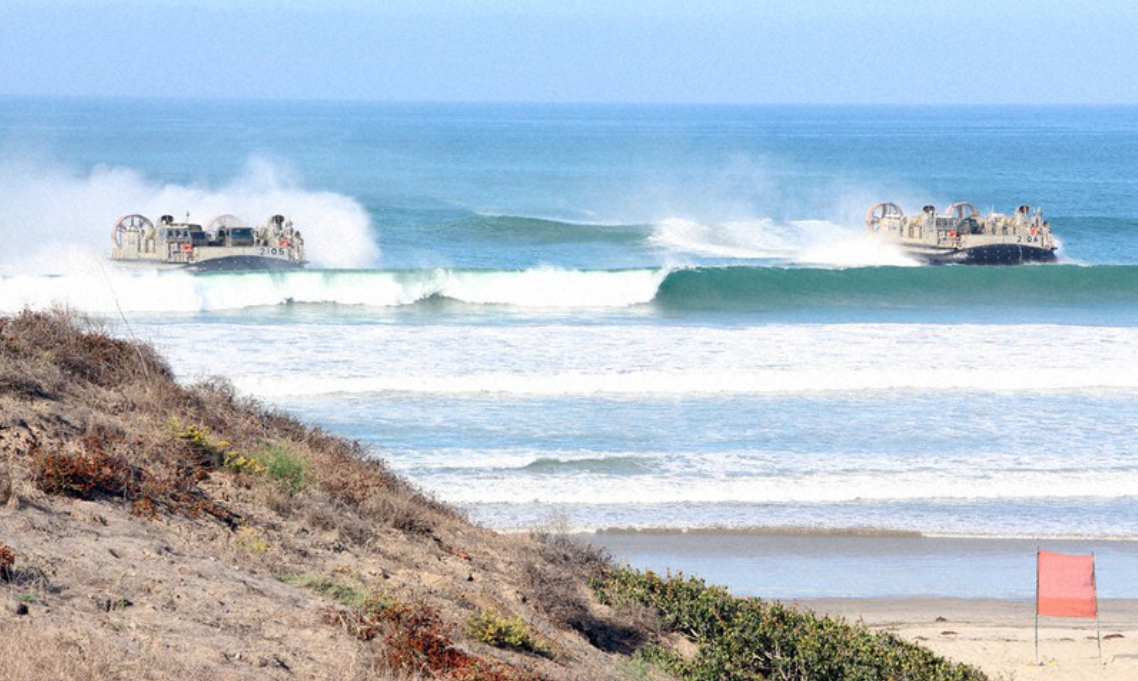 The Maritime Self-Defense Force participates in an exercise based on the scenario of retaking remote islands. (Camp Pendleton, California; September 2015)

The Japanese and U.S. governments are making arrangements for the Self-Defense Forces (SDF) and the U.S. military to conduct as early as this year a large-scale joint exercise near the Senkakus based on the scenario that foreign troops land on and occupy the outcrops. The two countries are mulling holding a large-scale, full-simulation exercise in which the ground, sea, and air units of both countries participate. If it were realized, the exercise would be entirely unprecedented. Defense Minister Nobuo Kishi plans to travel to the United States as soon as the Golden Week holidays in May to meet with Defense Secretary Lloyd Austin and confirm stronger defense cooperation, including holding exercises.

The China Coast Guard Law came into force in February, empowering the China Coast Guard to fire on foreign ships. In addition to China’s unilaterally making the claim that “the Senkakus are Chinese territory,” China Coast Guard vessels have been repeatedly intruding into Japan’s territorial waters surrounding the Senkakus. The joint exercise will simulate coordinated operations to be implemented in the event the islands were occupied by foreign troops. By holding the high-end exercise, the two nations aim to dissuade China from escalating provocations in the vicinity.

The timing of the exercise will be worked out between the two governments. It looks likely that Japan’s Ground, Maritime, and Air Self-Defense Forces will participate alongside the U.S. Navy, Air Force, and Marines. In March 2018, Japan set up the “Amphibious Rapid Deployment Brigade” under the Ground Self-Defense Force. Specialized in the defense of outlying islands, the Brigade is to be deployed to land on and recapture outlying islands in the event of their invasion. Through the exercise now being planned, Japan and the U.S. will confirm the division of duties and the coordination of the various units in island defense.

At the Japan-U.S. defense ministers’ meeting held at the Ministry of Defense on March 16, Defense Minister Kishi and Defense Secretary Austin spoke about Japan-U.S. defense cooperation and agreed that “it is critical that we strengthen response readiness through high-end training, including Japan-U.S. joint exercises, to enhance our ability to deter and respond under the Japan-U.S. security alliance.”

Currently, Japan handles intrusions by China Coast Guard vessels into Japan’s territorial waters or pursuit by such vessels of Japanese fishing vessels as follows: The Japan Coast Guard demands the vessels leave the territorial waters or cease their pursuit of fishing vessels. Japan Coast Guard patrol vessels, however, are equipped only with machine guns and the like. If the situation exceeds their capacity, the Self-Defense Forces are deployed in maritime patrol operations.

The reality is that tensions in the vicinity of the Senkakus are rising. Because of this, Japan is mulling holding an exercise based on the scenario of not only “blocking landing” on the Senkakus, but also responding to a situation where foreign troops land and occupy them. “It is important that we create a solid scenario and conduct a comprehensive exercise,” comments a source affiliated with the government.

On a TBS program on March 17, Foreign Minister Toshimitsu Motegi did not directly mention the joint exercise, but he said with reference to Japan-U.S. cooperation: “It is more important than ever that we demonstrate our presence. In the area of security, Japan and the U.S. are in a relationship where they each strengthen [the alliance’s] overall power as they play their respective roles.”