Top medic and Saitama governor back games without spectators 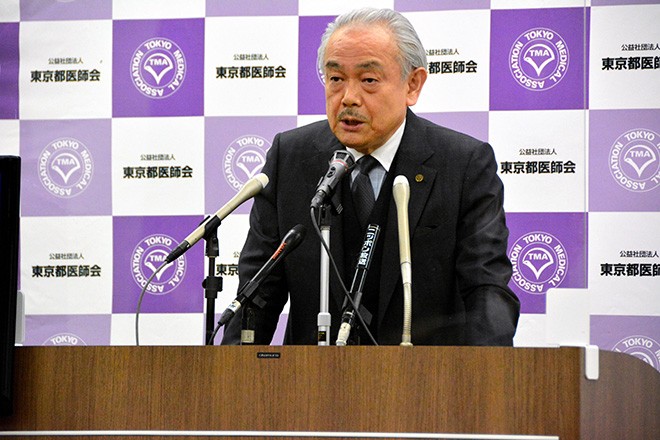 The head of the Tokyo Medical Association pitched the idea of holding the Tokyo Olympics without any spectators, citing limited resources while health care professionals are busy battling the novel coronavirus pandemic.

“If officials stick with the plan to hold Olympics, the only way to achieve it under the current circumstances will be with no spectators attending,” Haruo Ozaki, the chairman of the association, said March 20 in response to the government’s long-anticipated decision to hold the Olympics without spectators from overseas.

Health care personnel in Tokyo will be on hand to provide care to spectators around Olympic venues while the events are being held.

The Summer Games, which open on July 23, come as health care workers brace for a further spread of variant and more infectious strains of the coronavirus in Japan. They will also be expected to care for people suffering from heatstroke.

Saitama Governor Motohiro Ono floated the possibility of not allowing spectators to venues for four Olympic events, including soccer and basketball, in his prefecture, regardless of the position of the International Olympic committee, if infection numbers do not go down.

“The prefecture will make its own decision independently,” he said March 20.

The central government will decide how many spectators will be allowed to Olympic venues in April.