TOKYO — With Japan’s Nippon Professional Baseball Organization due to open the 2021 season on Mar. 26, teams are experiencing uneven preparedness among foreign players as a result of the COVID-19 crisis.

While many foreign players who played in Japan last year are still unable to reenter Japan, some new players have arrived in Japan in time for their teams’ spring training camps and have been stepping up preparations for the new season.

How have some foreign players been allowed to enter Japan, and others not?

The Yokohama DeNA BayStars are in the worst situation, with all 10 foreign players — including players under development contracts — still unable to enter Japan, and with no sign as to when they might be allowed in. The team will have to launch the new season without sluggers Neftali Soto and Tyler Austin.

“Lamenting will get us nowhere. I have been considering who I should use in place of them and how,” Manager Daisuke Miura said, suggesting that the club will play a small ball offensive strategy, and make use its footwork skills such as base stealing. But the team’s scoring capabilities will undoubtedly suffer. 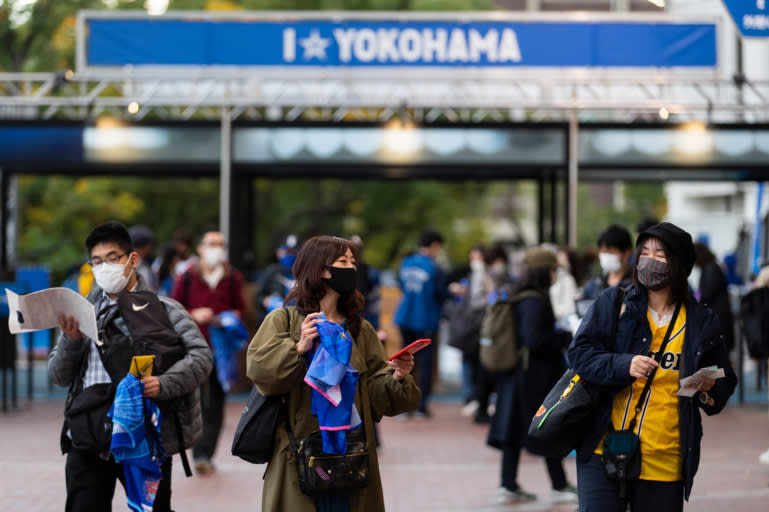 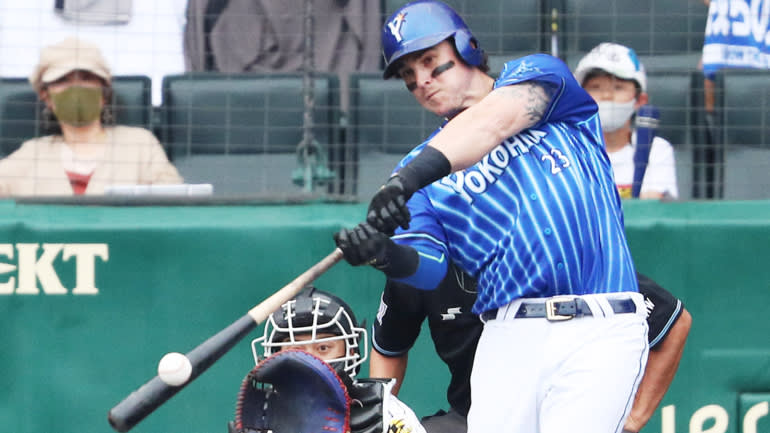 Top: Fans enter Yokohama Stadium before a game between the Hanshin Tigers and the BayStars in October 2020. (AP) Bottom: The BayStars will miss the hot bat of Tyler Austin when the season kicks off. (Jiji)

While foreign players can usually enter Japan with entertainment visas, the Japanese government has put a complete halt on issuing new visas, as well as the entry of all new foreigners since it declared a state of emergency in January to combat the spread of COVID-19.

But foreigners who already have official residency status are permitted to reenter Japan. That means foreign players who have played in Japan for a year or more are treated as reentrants, and in most cases and have been able to rejoin their teams after a two-week quarantine.

As Soto and Austin both played for Yokohama in the 2020 season, they could have reentered Japan if their residency status had been renewed. Because the BayStars applied anew for their reentry — without renewing their residency — they are still banned from entering Japan. 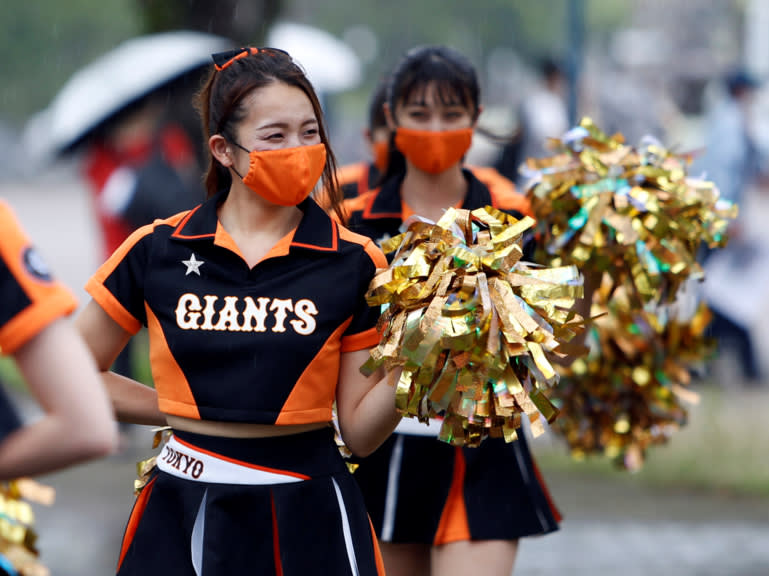 With some big foreign names missing from the starting rosters going into the season, some fans will have less to cheer for.   © Reuters

Ideally, foreign professional baseball players who return home during the annual off-season should reenter Japan as new entrants each year in line with the intent of the visa system, said an official at the Immigration Services Agency of Japan. “But many players who are thought certain to play the following season can reenter Japan by renewing their residence status,” the official said.

The BayStars did not opt for renewing the residency status of certain players because “we could not foresee the current situation when foreign players returned home last November,” said Kazuaki Mihara, the club’s representative. “As a result, the other option has proved desirable.”

There are other foreign players unable to reenter Japan due to the expiry of their residence status. Wladimir Balentien of the Fukuoka SoftBank Hawks is one, due to an incomplete visa application. 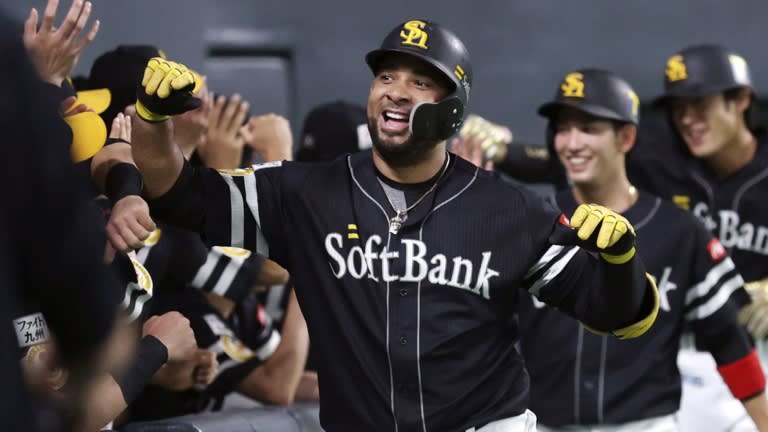 Those players who have changed teams also cannot reenter Japan. Among them are Rick van den Hurk, who has joined the Tokyo Yakult Swallows from the Hawks, and Stefen Romero who has returned to the Orix Buffaloes from the Tohoku Rakuten Golden Eagles.

In contrast, Kevin Cron, a new player for the Hiroshima Toyo Carp, is steadily stepping up preparations for the season, hitting a grand slam homer in a preseason game. He arrived in Japan in early January before the declaration of a state of emergency in anticipation of a possible entry ban amid the spread of coronavirus infections. 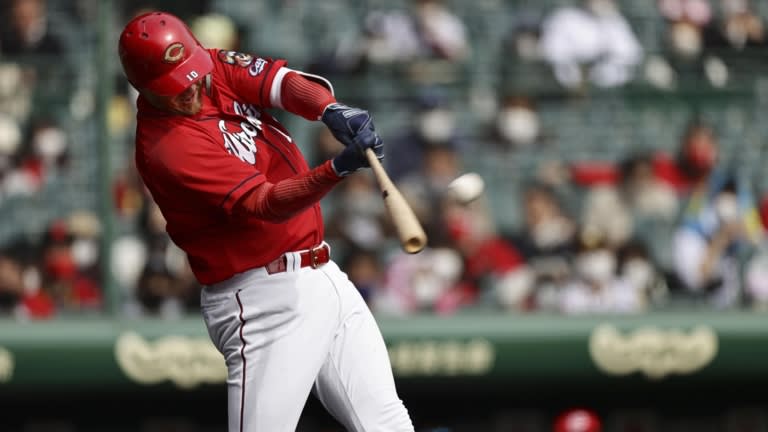 Kevin Cron of the Hiroshima Toyo Carp hits a grand slam against the Hanshin Tigers at Koshien Stadium on Mar. 9. Cron’s performance has been steadily improving since his arrival in January.   © Kyodo

The government is reportedly considering the introduction of a special measure to permit foreign players’ entry after lifting the state of emergency on Sunday. Under the measures being considered, professional athletes and coaches, including those with pro baseball and soccer teams, will be permitted to enter Japan provided they undergo strict anti-virus measures including a 14-day quarantine period, Kyodo reported on Thursday.

While most professional baseball clubs make arrangements on their own to acquire visas for foreign players, “they can reduce risks if they involve experts, such as administrative specialists, as rules keep changing,” said Sumi Seri, an immigration clerk familiar with entertainment visas.

In the age of COVID-19, professional baseball clubs need to manage risks both inside and outside the ballpark.