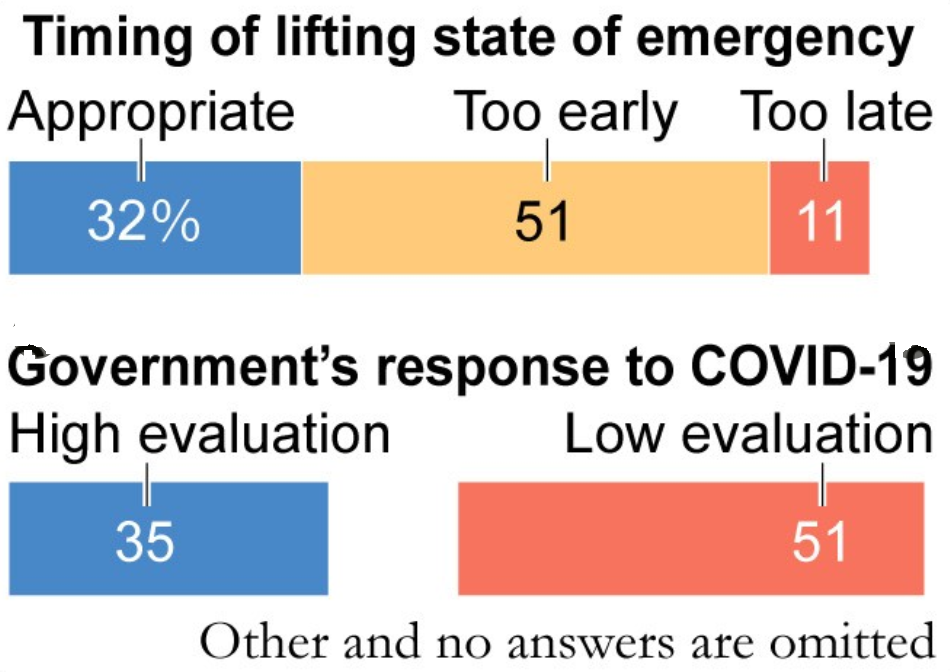 The approval rating surged for the Suga Cabinet, although 51 percent of voters said the COVID-19 state of emergency for the greater Tokyo area was lifted “too early,” an Asahi Shimbun survey showed.

Thirty-two percent of respondents said the March 21 end of the state of emergency for the capital and the three neighboring prefectures of Kanagawa, Saitama and Chiba was “appropriate,” while 11 percent said the lifting came “too late,” according to the nationwide telephone survey conducted on March 20 and 21. 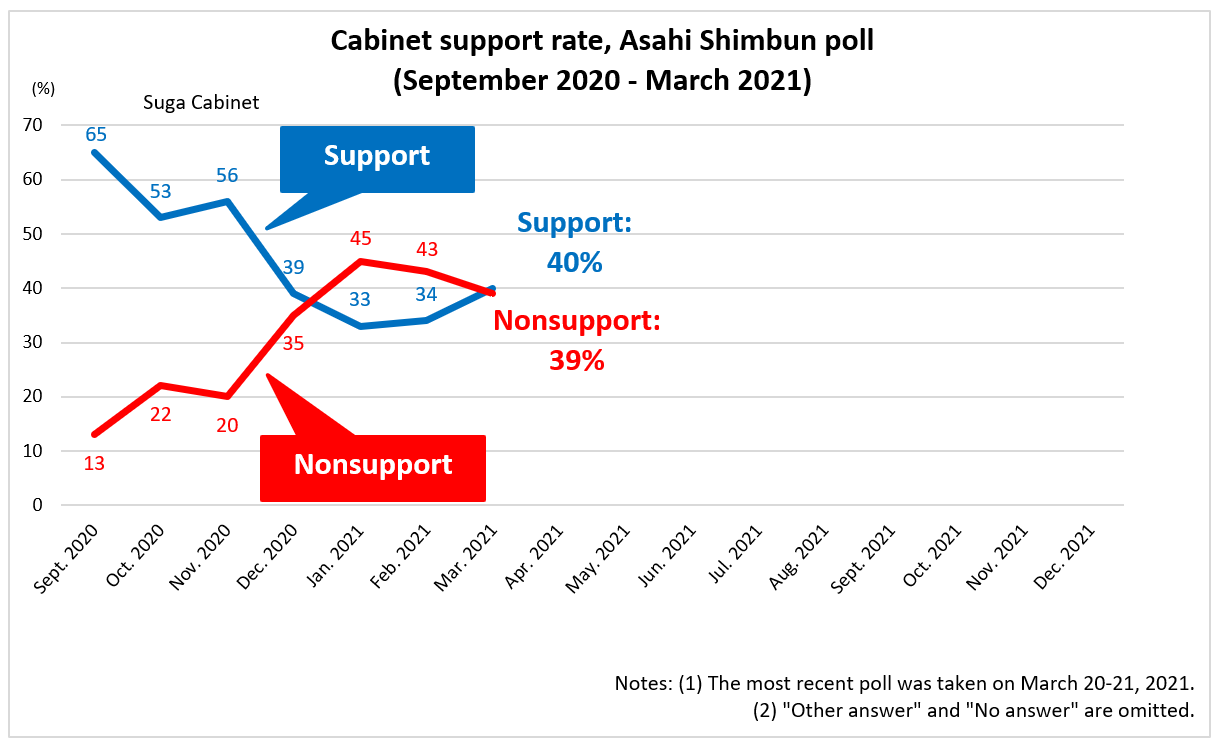 Among voters aged 70 or older, the approval rating jumped from 33 percent to 43 percent.

The higher approval rating for the Cabinet may stem from more favorable reviews of the government’s response to the COVID-19 pandemic.

Thirty-five percent of respondents gave a “high evaluation” for the government’s response to the health crisis, up from 31 percent in February, while 51 percent gave a “low evaluation,” down from 56 percent.

Among supporters of the Cabinet, 61 percent gave high marks and 29 percent gave low marks for the government’s handling of the virus situation.

Japan in February started its vaccination program for health care workers and is expected to expand the inoculations to elderly people in April.

Sixty-nine percent of respondents gave a “high evaluation” for the government’s vaccination efforts so far, while 29 percent gave a “low evaluation.”

The number of people who “do not want to get vaccinated” inched down from 8 percent to 7 percent.

Among people aged 70 or older, 52 percent said they want the shots right away, according to the latest survey.

For a question not related to the virus, 65 percent of respondents said same-sex marriages “should be legalized,” while 22 percent said they “should not.” 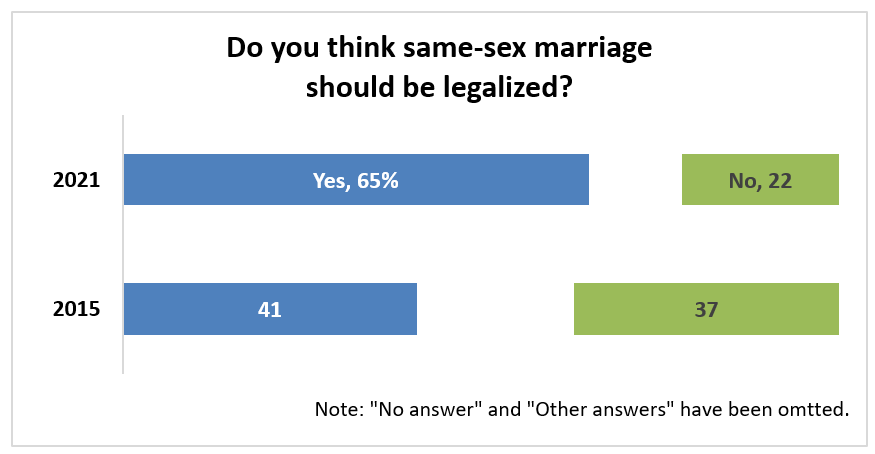 In a telephone survey in February 2015, 41 percent of respondents said same-sex marriages “should be legalized,” compared with 37 percent who opposed such a change. However, the data cannot be simply compared because the survey methods were different.

Conservative lawmakers of the ruling Liberal Democratic Party are seen as the main opponents of recognizing gay marriages.

But according to the survey, 57 percent of LDP supporters said same-sex marriages “should be legalized,” outpacing the 32 percent who said they “should not.”

The March 20-21 survey contacted 1,155 fixed telephone numbers of households with at least one eligible voter and 2,091 mobile phone numbers of voters, both selected at random by computer.