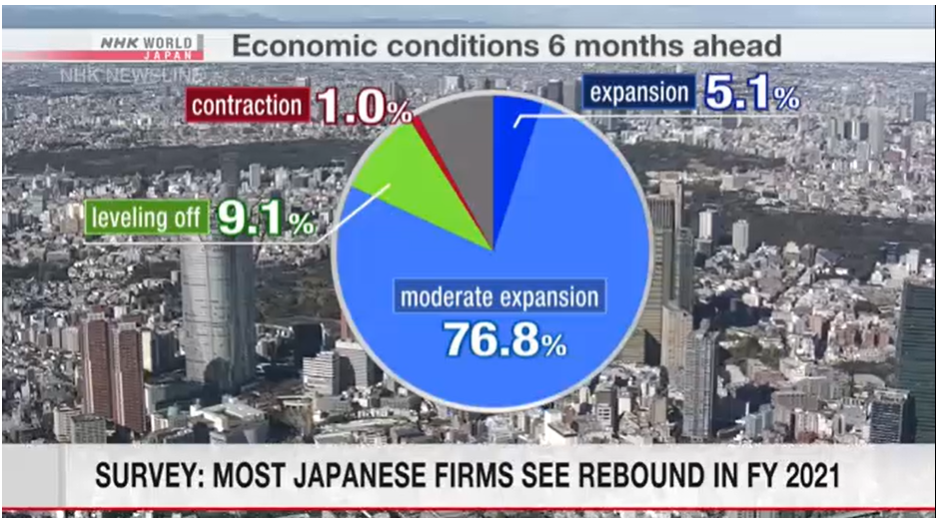 An NHK survey shows that more than 80 percent of major Japanese companies expect the economy to bounce back in the new fiscal year starting in April. Many are pinning their hopes on the rollout of coronavirus vaccines.

NHK surveyed 100 firms in mid-March, while the coronavirus state of emergency was in effect for Tokyo and three surrounding prefectures. Ninety-nine companies responded. 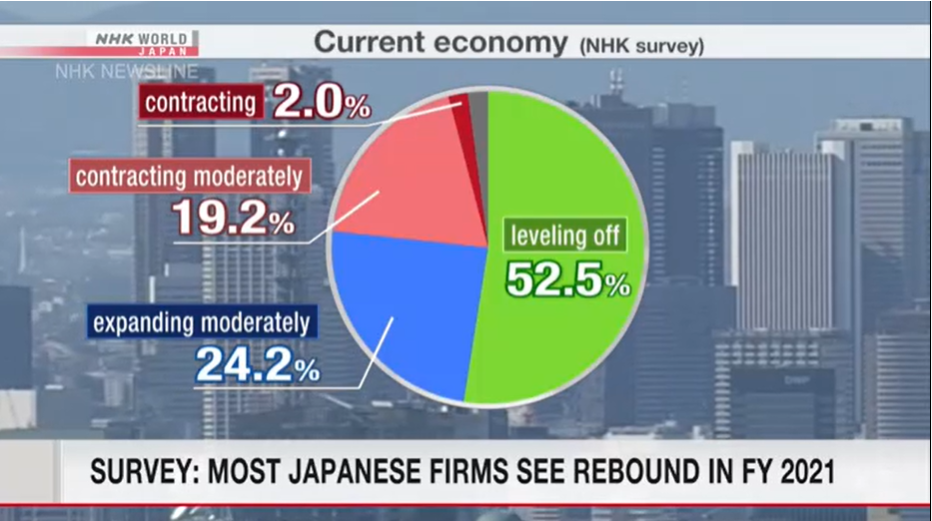 Asked about the current state of the economy, 52.5 percent said it was leveling off. Sluggish consumer spending, as well as the impact of stay-at-home requests and shorter business hours under the state of emergency were the reasons cited for flat economic conditions.

Respondents cited mass vaccinations, recovery in consumer spending, easing of social restrictions, and an end to shorter business hours as causes for optimism.