Survey: Only 11% of teachers have discussed LGBT issues in class 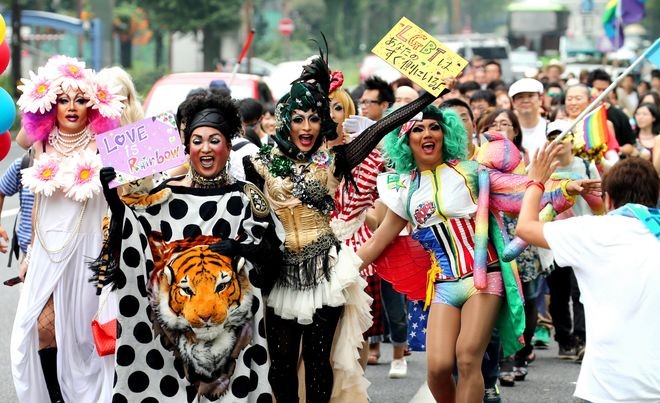 A majority of teachers say they feel the need to educate children about LGBT issues, but few say they have raised the subject in class, according to a recent survey.

The expert who conducted the study said the data shows a need for more teacher-training programs on sexual minorities.

Yasuharu Hidaka, a social epidemiology professor at Takarazuka University, surveyed thousands of teachers working at elementary, junior high, high school and special-needs schools across Japan from October 2019 to March 2020. About 21,600 teachers responded to the survey.

Seventy-five percent said they “think that information about same-sex relationships needs to be taught in school.”

In a previous survey Hidaka conducted of about 6,000 teachers a decade ago, from 2011 to 2013, 63 percent of respondents said the subject should be taught at school.

Meanwhile 86 percent of the respondents said gender dysphoria should be taught in school, compared to 73 percent in the previous survey.

At the same time, 11 percent of respondents said they “had incorporated the subject of same-sex relationships in their teaching” in the past three years.

Likewise, 11 percent said they had taught gender dysphoria in the classroom in the past three years.

In the previous survey, 14 percent said they had taught both subjects.

Hidaka cautioned that those numbers are apples to oranges because the previous survey’s questionnaire was different from the latest survey.

But he said, in general, the practice of teaching the two subjects does not appear to have any more of a wider reach today.

Among those who said they had not taught the subjects, about 30 percent said they “want to teach the subjects” but cannot because they are “difficult to teach” and “not written in textbooks.”

Textbooks are increasingly including descriptions about sexual minorities, but at a gradual pace.

But the real question is how much the instructors know about the subject.

Among survey respondents, 15 percent said they “do not understand the differences between” same-sex relationships and gender dysphoria.

Twenty-eight percent said they do not understand how sexual orientation is different from gender identification, or vice versa.

Hidaka said teachers “who have learned about sexual minorities are more likely to teach the subject in schools, and they tend to be equipped with the correct knowledge,” and that his survey is proof of that.