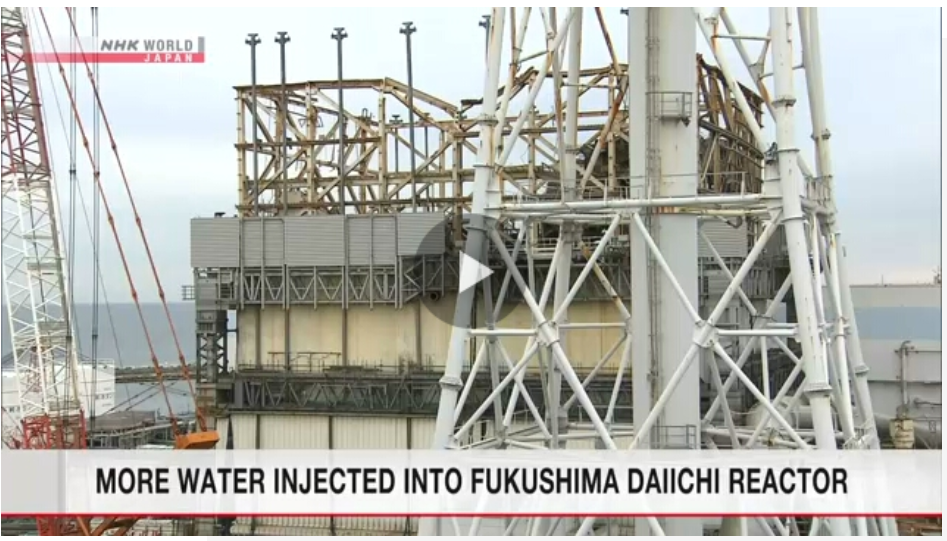 The operator of the Fukushima Daiichi power plant has pumped more water into one of the disabled nuclear reactor containment vessels. It apparently suffered additional damage from a strong earthquake in mid-February.

Tokyo Electric Power Company, or TEPCO, says that following the recent quake the level of coolant water inside the No.1 reactor containment vessel has been dropping.

TEPCO says the water depth inside the vessel had fallen to 90 centimeters as of 8:24 p.m. on Monday. The amount of coolant water injected was increased from 3 to 4 cubic meters per hour, as a further drop could make monitoring operations impossible.

The company says the coolant water is circulated and reused, so the overall volume of contaminated wastewater will not increase significantly.

The No.1 reactor is one of three at the plant that suffered a meltdown following the massive earthquake and tsunami in March 2011. Melted fuel and structural debris still require constant cooling.

TEPCO says the mid-February earthquake most likely worsened the damage caused by the disaster 10 years ago, resulting in more water leakage. It says there are no safety concerns, since the fuel debris remains cooled, and the leaking water is trapped in the reactor building.