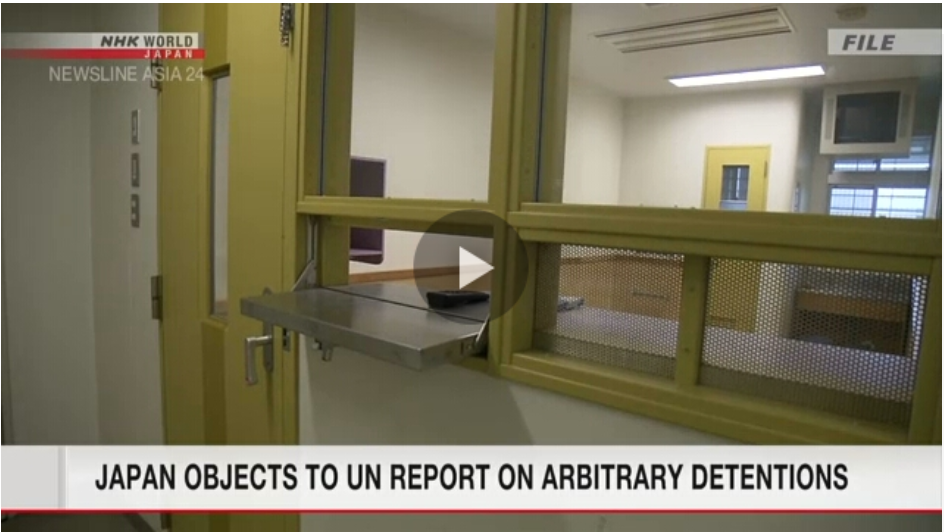 Japanese immigration authorities have filed an objection to a UN panel’s report which says that the country’s long-term detention of foreign nationals refusing deportation violates an international covenant.

The UN Human Rights Council’s Working Group on Arbitrary Detention studied a case of two foreign nationals who were denied refugee status in Japan. The Iranian and a Kurd of Turkish nationality had sought asylum, fearing persecution at home. They were held in long-term detention after refusing deportation.

The Working Group concluded that such indefinite detention of individuals was arbitrary and in contravention of multiple articles of the International Covenant on Civil and Political Rights.

It urged the Japanese government last September to make legal changes or review its handling of the foreign nationals.

Japan’s Immigration Services Agency filed an objection against the Working Group on March 27. The agency said in a statement that the conclusions are totally unacceptable as they are based on clear factual misunderstandings of the Japanese legal system and its implementation.

The agency said the two foreign nationals had opportunities for judicial review and relief, and that their detention was neither discriminatory nor aimed at punishing them for applying for refugee status.

Justice Minister Kamikawa Yoko told reporters on Tuesday that officials have reported the facts and Japan’s position to the Working Group in order to correct its misunderstandings and unjust assessment of the country’s immigration control system.

She said officials will continue to actively explain Japan’s system to seek an accurate understanding from the international community.

The two foreign nationals met reporters in October while on temporary release.

The Kurdish man said asylum seekers are humans too, and that they came to Japan because they didn’t want to die.

He said they were never told why they are being detained, and he wants immigration authorities to stop violating the international covenant.