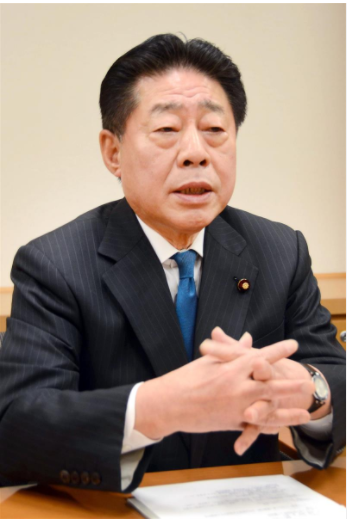 Five years have passed since the enactment of national security legislation that allows for the limited exercise of the right to collective self-defense. Komeito Vice Representative Kazuo Kitagawa, who led the ruling parties’ discussions on the legislation, looked back on the significant results produced by the legislation that has solidified the Japan-U.S. alliance.

Looking back, it was absolutely the right decision to develop the legislation. Seven years ago, the Komeito party, the Liberal Democratic Party (LDP), and the government held intensive discussions on the legislation. I truly believe we would have been in trouble by now if we had not developed the legislation back then.

The U.S. was probably dissatisfied with Japan before the legislation was developed. The bilateral relationship would have collapsed if the Self-Defense Forces (SDF) failed to protect the U.S. military if it were attacked while the two countries were jointly operating for our nation’s defense amid the increasingly severe security environment surrounding Japan.

The legislation has dramatically enhanced the relationship of trust between Tokyo and Washington. This is evidenced by the frequent joint exercises and advanced sharing of military and other types of information.

What was most difficult about the discussions back then was the relationship between the legislation and the Constitution, because the Constitution does not clarify to what extent self-defense measures and the use of force are allowed.

Therefore, the extent of self-defense measures allowed by the Constitution has been discussed in the Diet and the government’s interpretation of it has been shaped by repeated question-and-answer sessions amid the changing international situation.

We had difficulty ensuring consistency between the government’s past interpretation and the self-defense measures to be taken under the security legislation. We thoroughly discussed the limitations of self-defense measures. It is of major significance that the legislation defined the “three new conditions for the use of force.”

We also discussed “gray zone situations” in which threats do not amount to armed attacks. Back then, the now-defunct Democratic Party of Japan (DPJ) submitted to the Diet a bill on defending national territory. But deploying the SDF to the Senkaku Islands (Ishigaki City, Okinawa Prefecture) in advance could prompt China to dispatch its military and give the country an excuse to say that Japan escalated the situation. As long as the Japan Coast Guard (JCG) is handling it, China will not be able to send its military.

Also, rigorous case studies have been explored to fend off attempts by armed [Chinese] fishermen to land on the Senkakus and drone (small unmanned aircraft) flights to the islands.

Attention has been focused on how to respond to China Coast Guard vessels. I think we can envision various scenarios and address them appropriately within the framework of domestic and international laws.