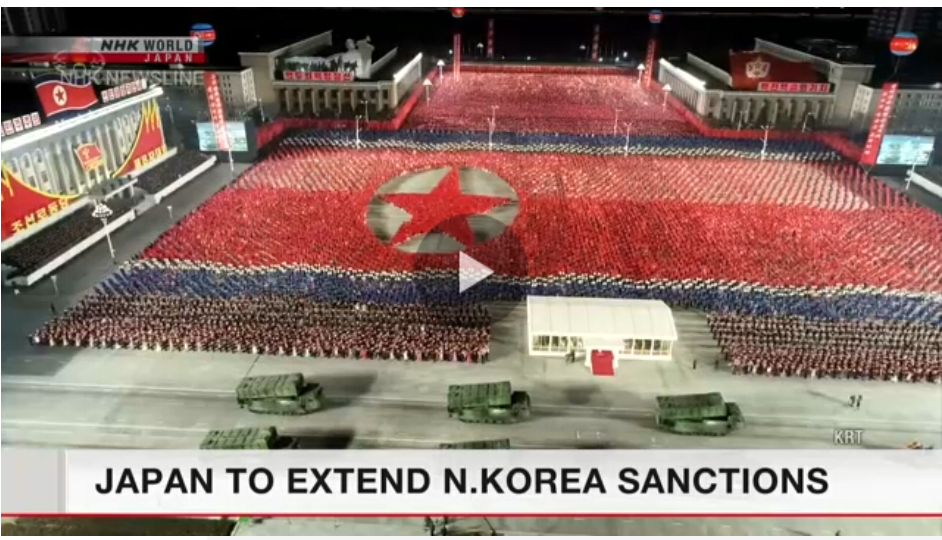 The Japanese government has decided to extend its sanctions against North Korea for a further two years.

Japan has imposed unilateral sanctions against North Korea since 2006 in response to nuclear tests and ballistic missile launches carried out by the country.

Two of the measures — a total embargo on trade and a ban on port calls by North Korean-registered ships — were due to expire on April 13.

The decision to extend the two strictures comes amid an absence of progress on issues such as the North’s nuclear and missile development programs and the status of Japanese citizens abducted by North Korean agents in the 1970s and 80s.

Approval for the extension came after ruling Liberal Democratic Party lawmakers were briefed on the matter on Tuesday.

North Korea is expected to be among the main topics of discussion at a Japan-US summit scheduled to take place next month.

The administration of US President Joe Biden is expected to soon complete its review of US policy toward North Korea.

Japan hopes to work with Washington toward the comprehensive resolution of issues involving the North.