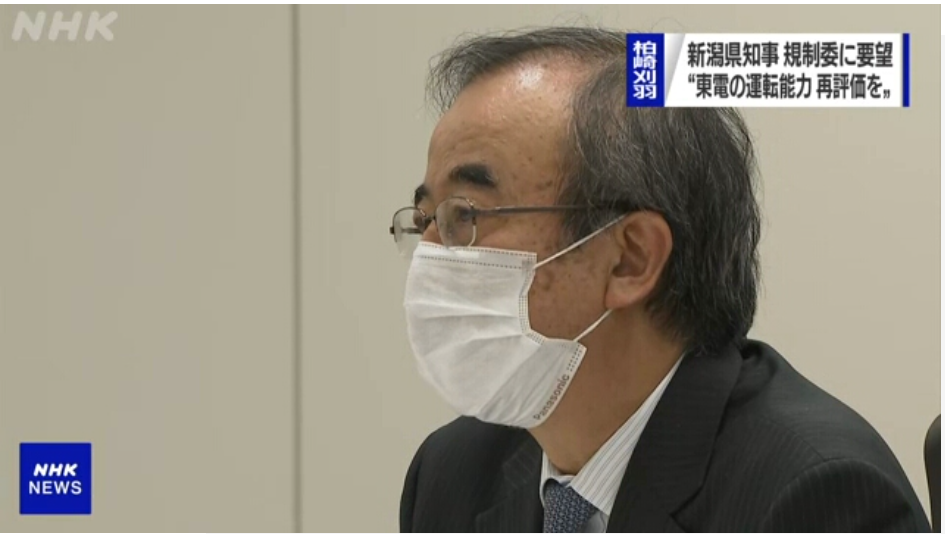 The prefectural governor of Niigata has asked Japan’s Nuclear Regulation Authority, NRA, to reassess the capability of a local nuclear power plant’s operator after a series of security lapses.

His move followed the revelation that multiple sensors at the Kashiwazaki-Kariwa plant had been broken for months and alternative measures were insufficient, leaving the facility vulnerable to intruders.

Four years ago, the NRA endorsed the operator’s safety measures and gave the green light to restart two of the plant’s reactors.

In response to the governor’s request, NRA Secretary-General Ogino Toru said the authority will scrutinize the operator’s ability.

The NRA has instructed TEPCO to compile a report on its probe into the security breaches by September.

The authority plans to conduct additional inspections after the report is submitted to see whether the company is technically capable of running the plant.

As a penalty for the security lapse, the NRA is expected to ban the utility from transferring nuclear fuel, which would make it impossible to restart the plant.