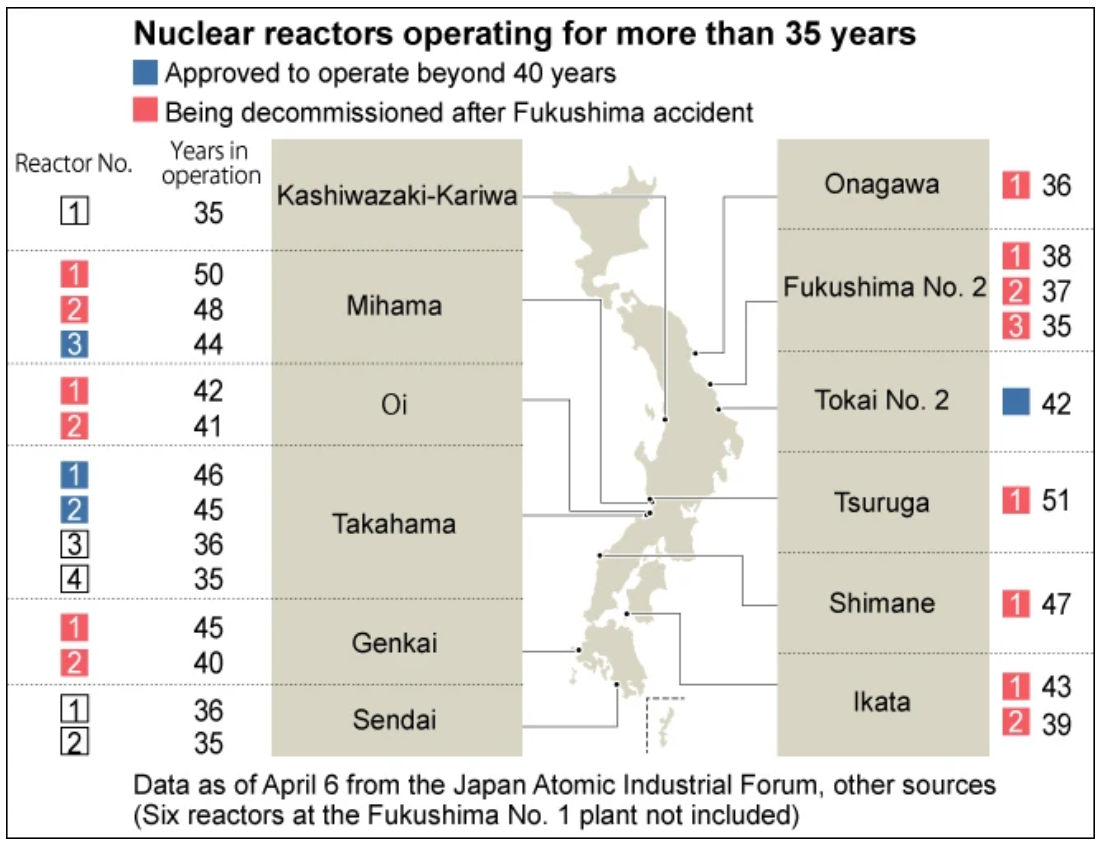 The central government is offering billions of yen in new grants to Fukui Prefecture to allow a nuclear plant operator to run its aging reactors beyond their operational life span of 40 years.

Fukui is not the only prefecture in Japan that hosts old reactors, and the grants could create momentum toward the restarts of these units.

“As for an expansion of grants, up to 2.5 billion yen ($22.6 million) will be provided per nuclear plant to a prefecture preparing to respond to the extension of the 40-year life of reactors,” the Ministry of Economy, Trade and Industry said in a document presented to the Fukui prefectural government on April 6.

The ministry’s offer is expected to become a key point of discussions as Fukui Prefecture and the prefectural assembly begin to weigh whether they should approve of the restart of three reactors in question there.

He had urged the prefectural assembly to discuss the restart issue in February, but the assembly put off the debate, citing a lack of measures to revitalize the local economy.

The Nuclear Regulation Authority has given its one-time permission to operate those reactors for 20 more years beyond their 40-year life spans.

If the local governments approve the restarts, Fukui Prefecture would receive a combined 5 billion yen under the new grant setup.

The town halls of Takahama and Mihama have already given the greenlight to the restarts. The remaining hurdle is whether the governor and the prefectural assembly will approve them.

The maximum 2.5 billion yen will be made available over a period of five years, according to the industry ministry’s Agency for Natural Resources and Energy.

The offer of the funds came in response to the Fukui prefectural government’s request for additional grants concerning the reactors as a measure to stimulate the local economy.

The prefectural government is expected to discuss how to distribute the grants with Takahama and Mihama.

Other prefectures hosting old reactors operated by companies seeking the 20-year extension will be eligible for the new grants.

The only other facility that has gained the NRA’s permission to operate beyond 40 years is the Tokai No. 2 nuclear plant in Ibaraki Prefecture.

Five other reactors in Japan have been in service for more than 35 years.

The decommissioning process has started for other aging reactors because their operators decided that upgrades and additional safeguard measures required to bring them back online would be too expensive.

(This article was written by Kenji Oda and Takayuki Sato.)