Use unique technology and be independent: LDP’s Akira Amari 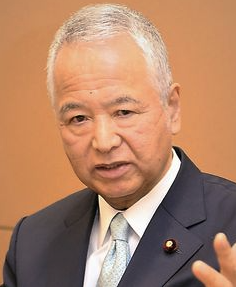 Akira Amari is a member of the House of Representatives. He has held posts including Minister in charge of Economic Revitalization and has been Chairman of the Research Commission on the Tax System of the Liberal Democratic Party since September 2019. He frequently advises the government on economic security.

I called for fortification of economic security before any other politician in Japan, because I believed that economic sanctions had been abused and used as a tool for enhancing national security. Economic sanctions were once a “tool of justice” to punish violators and imposed in accordance with U.N. agreement. Former U.S. President Donald Trump, however, frequently used sanctions as a leverage to achieve his diplomatic goals.

If the Chinese standard becomes the international standard, then data from nations all over the world can be stolen by China through communication systems. It is no exaggeration to say that the traditional rules, which have governed the international community based on respect for privacy and human rights, are now at risk.

Amid all this, I must say that Japan lacks a sense of urgency. Once we make a wrong choice in economic security, not only corporations, but the entire country could be excluded from both U.S. and Chinese supply chains. Furthermore, the novel coronavirus pandemic highlighted Japan’s weaknesses. When medical supplies stopped coming, Japan’s healthcare system immediately descended into a chaos. To kill a nation, you don’t need a missile. Japan must reconsider its supply chains in strategic materials as well as its system of stockpiling.

To survive under the new international order, Japan should increase its independence and resilience as a nation by further cultivating products and technology that are unique to it. In the era of digital transformation, semiconductors are a key. In materials for producing semiconductors, Japanese corporations produce more than half of the world supply. Japan possesses some unique technologies. The government must provide solid support for those sectors, along with the life sciences and other fields.