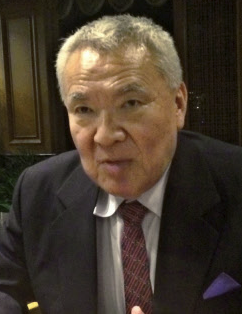 [Below are highlights from an interview with Yoji Koda, former MSDF fleet commander.]

In the Japan-U.S. joint leaders’ statement, Japan inserted the line “Japan resolved to bolster its own national defense capabilities.” By doing so, Japan has indicated it will actively enhance its defense capabilities to protect the peace and security of the Indo-Pacific region, a goal it shares with the Biden administration.

The Japan-U.S. security alliance was originally designed to address the threat of invasion from the former Soviet Union. At the end of the Cold War, however, Prime Minister Ryutaro Hashimoto and U.S. President Bill Clinton redefined the meaning of peace and security of the Asia-Pacific.

The use of the proper noun “Taiwan Strait” in the statement was a breakthrough, as it explicitly indicates that the confrontation between China and Taiwan may destabilize the Indo-Pacific region. In this sense, it signaled the second redefinition of the Japan-U.S. alliance, in which their strong interest in Taiwan was made clear.

It is important, therefore, that Japan and the U.S. have a detailed discussion on how they will divide their roles in security and how Japan will enhance its defense capabilities, rather than just trying to adhere to the traditional division of roles where America is the “spear” and Japan is the “shield.” There is so much to be worked out between the two countries, including joint training, ballistic missile deployment, air defense, and defense of outlying islands.

Only after these revisions are complete, can the joint leaders’ statement actually take shape. Without updating the guidelines and defense program, plans cannot be drafted for deploying destroyers and missiles.

Even if Japan isn’t directly attacked in a Taiwan contingency, Japan will be expected to provide logistical support for the U.S. military units deployed to defend Taiwan. It is critical that Japan further strengthen its surveillance capabilities in the East China Sea and elsewhere to contribute to information sharing with the U.S. military.

China may attack the Sakishima Islands, which include Yonaguni Island and Miyako Island, prior to invading Taiwan. The Sakishima Islands lie to the north of Taiwan, so China wants to take them so they can block any attack from mainland Okinawa or the U.S. military.

Currently, there are only 150 or so Self-Defense Force personnel stationed on Yonaguni Island. An additional deployment is necessary even in peacetime. In case of a contingency, the number should be increased to 600 or so to boost anti-aircraft capabilities, which are lacking with the current deployment. Current contingency studies and planning are inadequate.

Creating a plan for a Taiwan contingency must be designated as an official undertaking, and the Self-Defense Forces must be authorized to do it. The planning won’t be realistic otherwise. The joint statement provides support for going in this direction.

The security laws in Japan cover the maximum measures that the government can take under the Constitution. The use of force is allowed only when circumstances meet certain strict standards. Deployment of the SDF for defense requires Diet approval.

There is a risk that while Japan is taking the right steps to satisfy the strict standards and requirements, the Sakishima Islands could be occupied by China, and Japanese lives and property could be lost. Urgent discussion is needed to narrow the gap with the reality of a violation of Japan’s sovereignty.