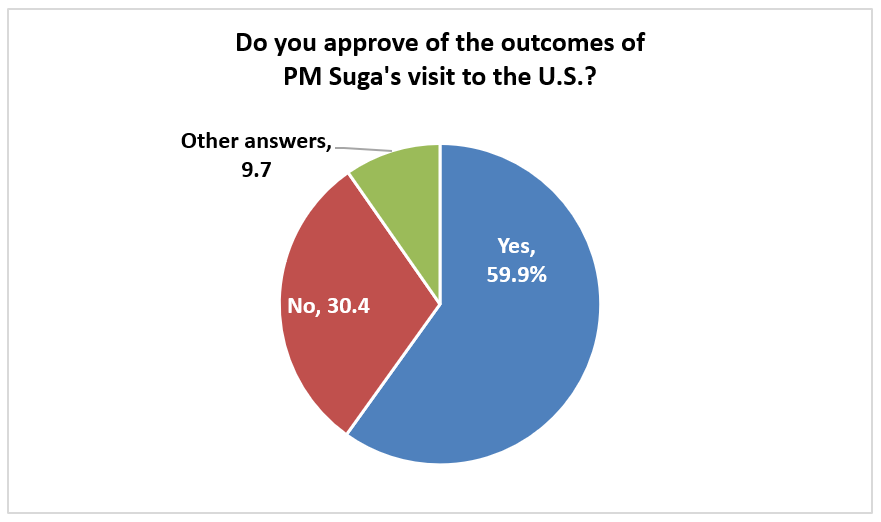 According to the joint public opinion poll conducted by the Sankei Shimbun and Fuji News Network (FNN) on April 17–18, a full 59.9% of respondents said they approve of the outcomes of Prime Minister Suga’s recent trip to the United States to have a summit meeting with U.S. President Joe Biden on April 16. Meanwhile, pollees’ assessment of the government’s COVID-19 countermeasures deteriorated, with 59.7% saying they disapprove of the government’s efforts. Support for the Suga Cabinet was essentially unchanged from the previous survey (conducted on March 13–14), rising 0.9 percentage points to 52.3%. 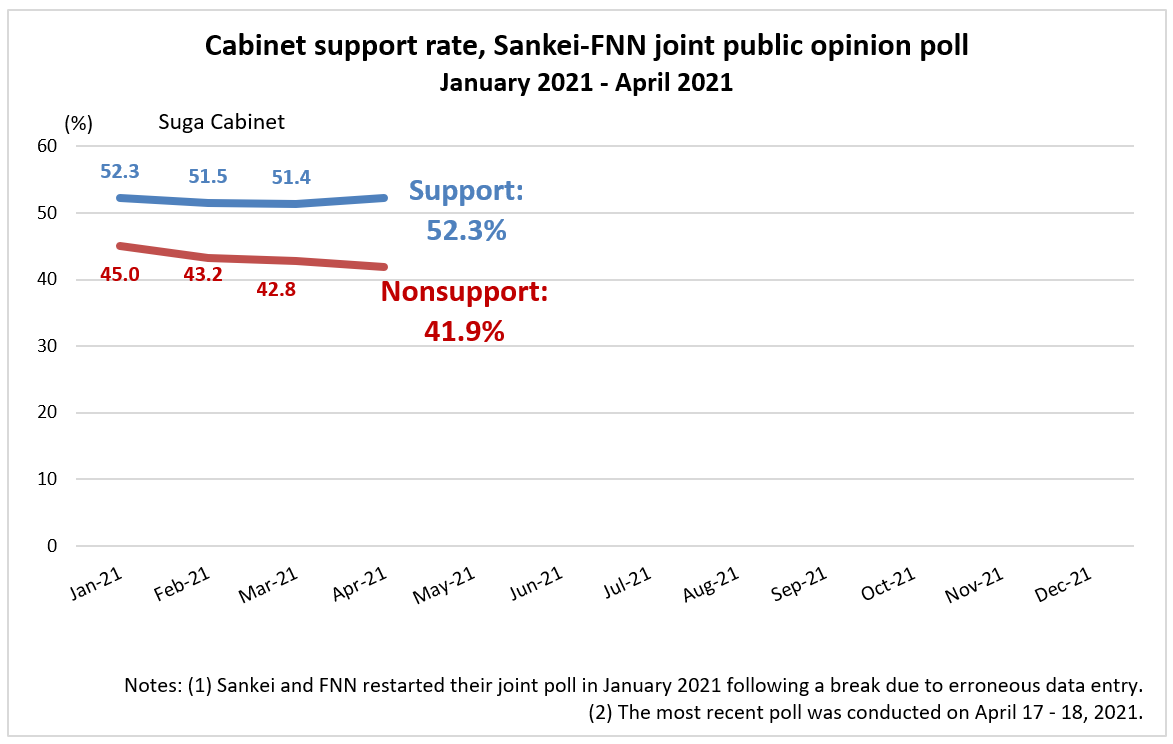 Pollees were split over whether the COVID-19 quasi-emergency measures imposed on Tokyo, Osaka, and eight other prefectures will be effective, with 50.4% saying they are not hopeful about the measures and 47.3% saying they are. A plurality of 56.0% of pollees said they disapprove of the vaccination rollout schedule, up 24.0 points from the previous poll. Some 83.0% said they are anxious about the spread of variants.

It seems that people are frustrated that Japan’s vaccine rollout has lagged behind that of Western countries and that the number of new cases has not decreased despite the imposition of quasi-emergency measures on Tokyo and Osaka, which are experiencing a fourth wave of COVID-19. 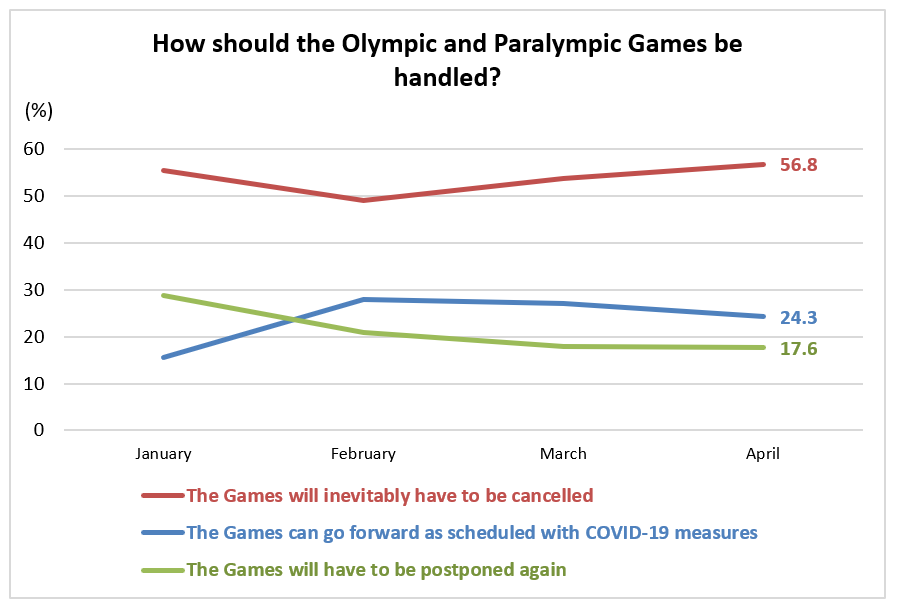 A total of 74.4% of respondents said it is inevitable that the Tokyo Olympic and Paralympic Games will either be canceled or postponed again, exceeding 70% for the second month in a row. Only 24.3% said the Games will be able to be held as scheduled by taking thorough COVID-19 countermeasures. The resurgence of COVID-19 is casting a shadow even on hopes for the Games.

Some 52.6% of respondents said they are in favor of constitutional amendment, easily outdistancing the 34.9% who said they oppose such a move. A bill to amend the national referendum law has been carried over for eight Diet sessions, and 53.3% said the current Diet session should be adopt it, while only 34.8% said it should not.

[Polling methodology: A total of 1,180 men and women, aged 18 and over, across the nation were surveyed. The nation was divided into 11 blocs corresponding to the Lower House proportional representation districts. The survey was conducted by placing telephone calls on a random digit dialing (RDD) basis until the calculated number of responses obtained from each bloc corresponded to that bloc’s relative population. A weighted adjustment was then performed for such variables as gender and age. Calls were placed to both landline and mobile numbers in the ratio of 4:6. The following follow-up question was posed to respondents who gave an unclear answer to the question about Cabinet support: “Which is closer to your view?” The responses to the follow-up questions were added to the responses to the initial questions. The survey was conducted on April 17–18, 2021.]