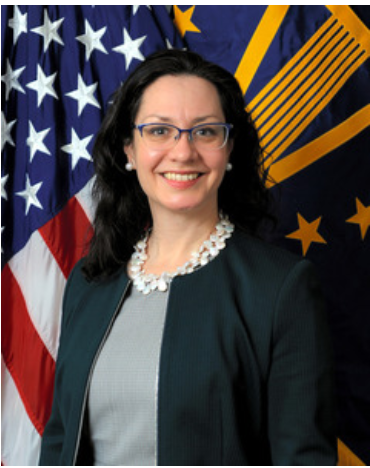 Deputy Assistant Secretary of Defense for Nuclear and Missile Defense Leonor Tomero (Photo from the website of the U.S. Department of Defense)

By Takashi Watanabe in Tokyo and Ryo Takano in Washington

WASHINGTON — Senior officials of the U.S. Departments of Defense and State who are in charge of nuclear strategy spoke with the Asahi Shimbun over the phone on April 7. They said the administration of President Joe Biden is planning to review its nuclear modernization program, which is expected to cost over 1.2 trillion dollars (approx. 131 trillion yen) over the next 30 years, and hinted at reducing the budget for the program. They also underscored the U.S.’s intention to proceed with the review in consultation with Japan, which is under the U.S. “nuclear umbrella,” and other U.S. allies and strive to maintain deterrence.

The Asahi Shimbun interviewed Deputy Assistant Secretary of Defense for Nuclear and Missile Defense Leonor Tomero and Deputy Assistant Secretary in the Bureau of Arms Control, Verification and Compliance Alexandra Bell. The Biden administration is in the process of drafting a Nuclear Posture Review (NPR), which will serve as a guideline for medium-term nuclear policy. Tomero said, “President Biden’s goal is undoubtedly to reduce the role of nuclear weapons and the U.S. will regard a reduction as part of the NPR.”

The U.S. defines intercontinental ballistic missiles (ICBMs), strategic nuclear bombers, and submarine-launched ballistic missiles (SLBMs) as the “three nuclear pillars.” But the means of transporting these weapons that were deployed during the Cold War and nuclear warheads have degraded, prompting the administration of President Barack Obama to give the greenlight to the modernization plan to upgrade these weapons to the latest models. The administration of President Donald Trump increased the budget and announced the development of “easy-to-use” low-yield small nuclear warheads and nuclear-armed sea-launched cruise missiles in the NPR, enhancing the role of nuclear weapons.

Tomero said Washington will review the modernization plan under the NPR and underscored budgetary concerns, saying, “Some of the plans are very expensive.” She also stated that “schedules and priorities will be examined” when discussing the national defense budget. Further, she showed  consideration for Japan, saying: “Extended deterrence to Japan and other allies will remain a top priority for the U.S. We will draw up the NPR in consultation with Japan and other allies.”

Biden administration to consider declaring “no first use” policy 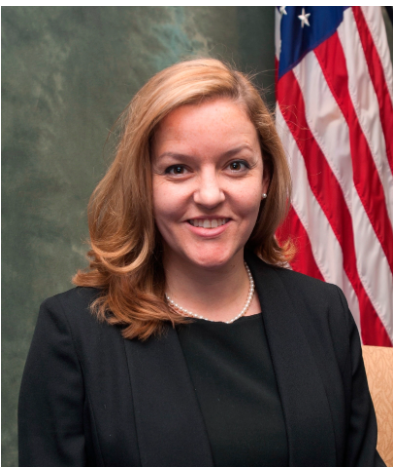 Deputy Assistant Secretary in the Bureau of Arms Control, Verification and Compliance Alexandra Bell (Photo from the website of the U.S. Department of State)

President Biden has also indicated that “the sole purpose” of U.S. nuclear weapons should be deterring a nuclear attack. The possibility has been raised that the Biden administration will declare “no-first-use”– a declaration not to use nuclear weapons unless attacked by nuclear weapons first. Tomero clearly said, “The declaration will be considered under the NPR” and added, “The problem is whether the time and conditions are appropriate for changing the policy on the declaration.” Regarding this issue, too, she expressed the view that “consultation with Japan and other allies is one of the highest priority issues.”

Meanwhile, Bell said that the Treaty on the Prohibition of Nuclear Weapons, which took effect in January this year, “does not affect U.S. nuclear strategy or extended deterrence.” She also said: “The U.S. shares the goal of arms reduction. The U.S. does not believe the treaty is the right path to that end but understands the treaty because its goal is the same as ours. We want to prioritize common ground.” She hinted at a plan to seek dialogue with nonnuclear nations ahead of the Nuclear Non-Proliferation Treaty (NPT) review conference scheduled for this summer.