Hamburgers on the Moon? Astronaut jokes with Suga about lunar project 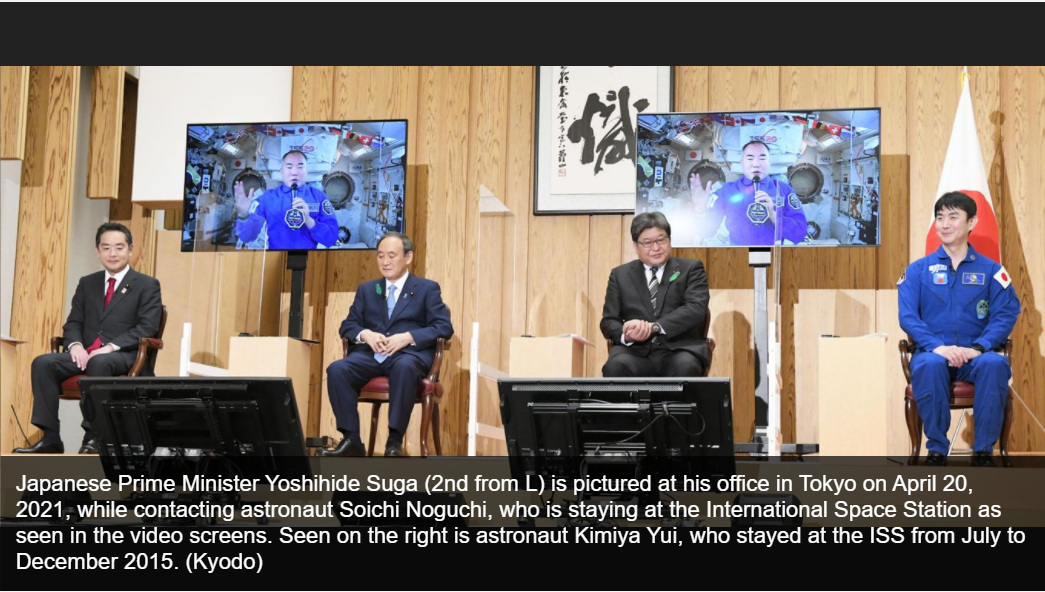 TOKYO — Japanese astronaut Soichi Noguchi has an idea of what an international project to go back to the Moon will eventually lead to: humans enjoying hamburgers on the lunar surface.

Noguchi joked about the possibilities of the NASA-led Artemis program in a call from the International Space Station with Prime Minister Yoshihide Suga.

“This is a big project bringing together Japan and the United States and countries all over the world. Maybe someday, astronauts from each country will be able to talk while eating hamburgers on the lunar surface,” Noguchi said.

The Artemis program aims to land the first woman and person of color on the Moon by 2024 and lay the groundwork to eventually send humans to Mars. The Japan Aerospace Exploration Agency is participating along with the space agencies of Australia, Britain, Canada and Italy among others.

Speaking from his office in Tokyo, Suga said he and U.S. President Joe Biden agreed in their meeting last week in Washington to give their strong support to the project.

Noguchi and three U.S. astronauts are slated to return to Earth on April 28 after spending six months on the ISS, traveling on the commercially developed SpaceX Crew Dragon ship.

“I look forward to seeing you back on the ground,” Suga said, wishing Noguchi luck during his remaining time in space and a safe journey home.