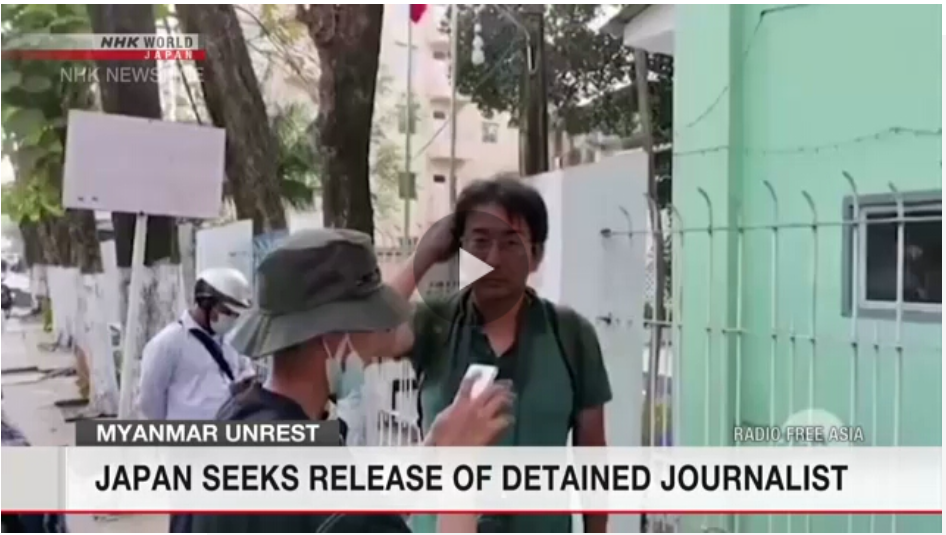 The Japanese Embassy in Myanmar has lodged a protest against the detention of a Japanese journalist by security forces.

Kitazumi Yuki was detained at his apartment in Yangon on Sunday after about 50 security personnel surrounded the building.

Embassy officials said they were told by police that Kitazumi is accused of spreading misinformation.

Based on the criminal law revised after the coup, the Myanmar military has been taking into custody journalists and high-profile persons for spreading misinformation and other charges. They could face up to three years in prison if convicted.

Police said Kitazumi, who is imprisoned in Yangon, is not injured.

The embassy officials are demanding that they be allowed to visit him in prison and that he be released. They say the military has not complied so far.