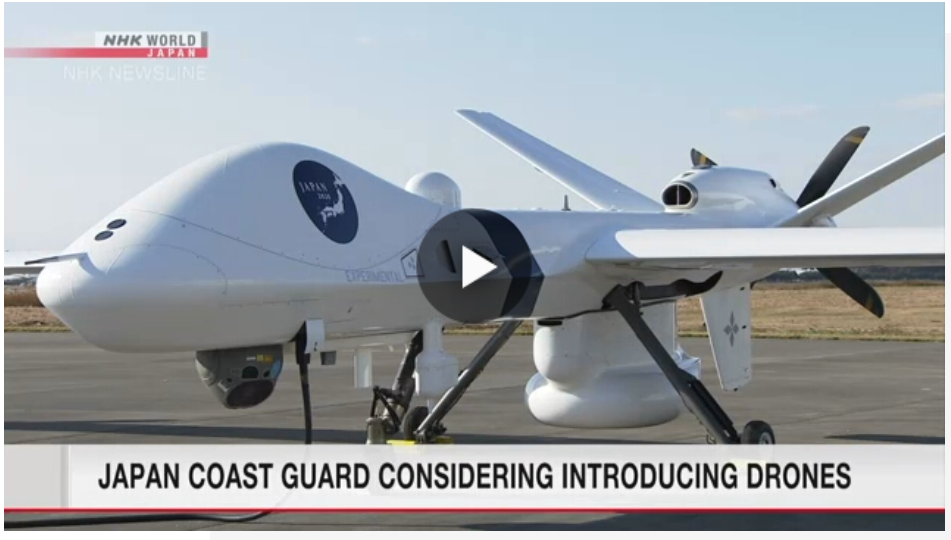 NHK has learned that the Japan Coast Guard is considering introducing unmanned aircraft for its operations, such as search and rescue, or surveillance of suspicious foreign ships.

The agency conducted tests in October, using a drone from a US defense firm.

Coast Guard officials say they confirmed from the tests that their pilots can operate the aircraft remotely, if trained properly.

They say they also confirmed that an automatic safety system works to avoid crashes with other aircraft, and high-performance cameras can send images on a real-time basis even at night.

The officials concluded that the drones can serve in search and rescue operations, responding to disasters, cracking down on crimes, as well as patrolling territorial waters.

The agency is studying specific matters, such as ways to operate and where to deploy the drones, with a plan to introduce them in the next fiscal year starting in April 2022, or later.