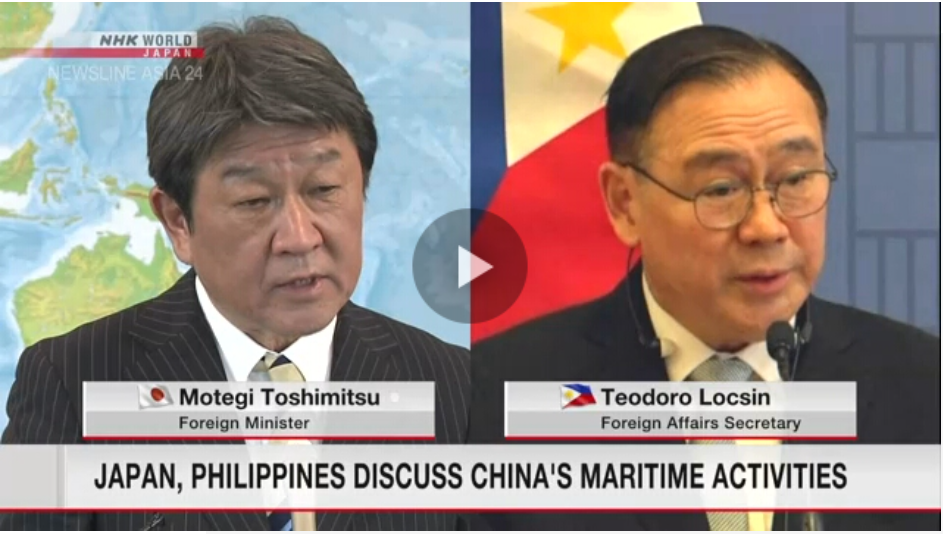 The foreign ministers of Japan and the Philippines have discussed the serious concerns they share about China’s unilateral attempts to change the status quo by force in the East and South China seas.

Japanese Foreign Minister Motegi Toshimitsu and his Philippine counterpart Teodoro Locsin spoke by telephone for about 25 minutes on Tuesday.

Motegi mentioned some of China’s recent moves, such as the enforcement of a new law implemented by Beijing that allows the country’s coast guard to use weapons.

Motegi and Locsin shared the view that their countries should work closely together to maintain a free and open maritime order based on the rule of law.

The foreign ministers also discussed the situation in Myanmar.

Motegi expressed support for efforts to overcome the situation, such as the meeting involving leaders of the Association of Southeast Asian Nations that is scheduled to be held on Saturday.

The ministers agreed to keep working together to stop the acts of violence that are being carried out against civilians in Myanmar and to secure the release of people who have been detained.