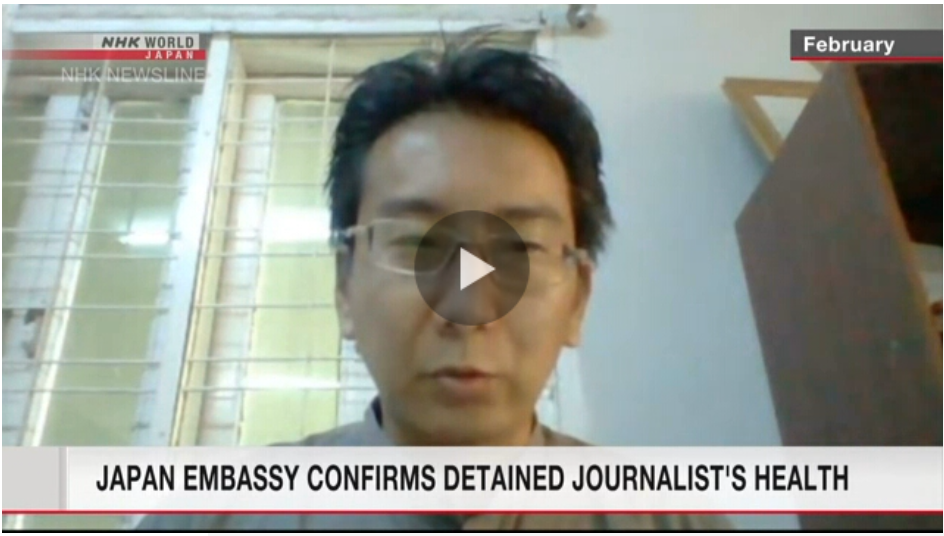 The Japanese Embassy in Myanmar says it has confirmed that Kitazumi Yuki, a Japanese journalist who has been detained by the country’s military, has no health problems.

The embassy quotes Kitazumi as saying that he has no physical problems and has suffered no violence.

Kitazumi was taken away by security personnel on Sunday from his apartment in Yangon. He has been detained for allegedly fueling anxiety among citizens and spreading misinformation.

Embassy officials say that they sought permission to see Kitazumi in person.

They say they will continue to demand his release, but that the military has not yet given an indication of what approach it might take.