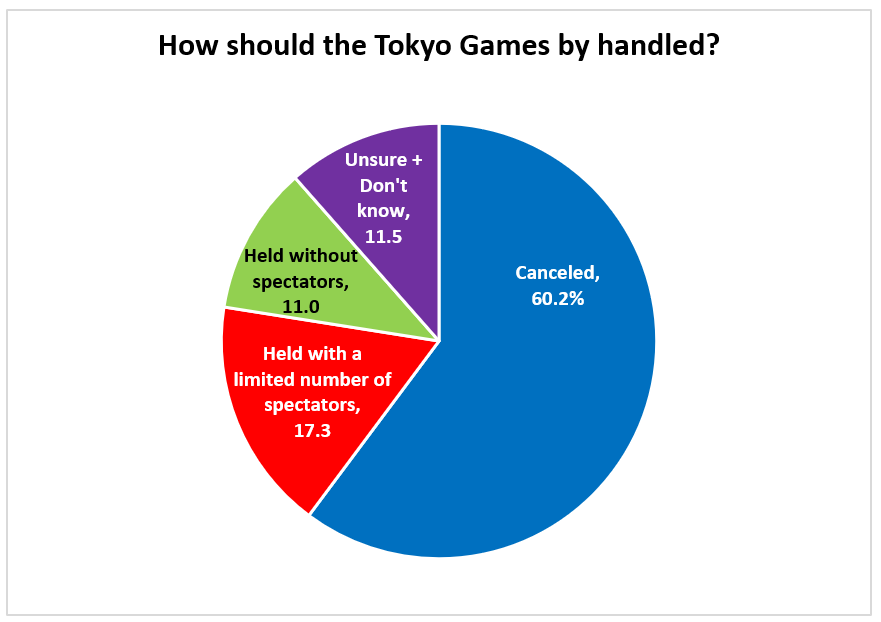 In the opinion poll of Tokyo voters conducted on May 22–23 by the Tokyo Shimbun and others, 60% of respondents said that the Tokyo Olympic and Paralympic Games “should be canceled,” more than twice the number of respondents who said the Games should either be “held with a limited number of spectators” or “held without spectators.” The Games are set to open soon in the midst of the COVID-19 pandemic. Amid rising distrust in the government’s COVID-19 countermeasures and related explanations, there are only two months left before the Games begin. The poll revealed that there is strong-rooted opposition to the Games even in Tokyo, the host city. 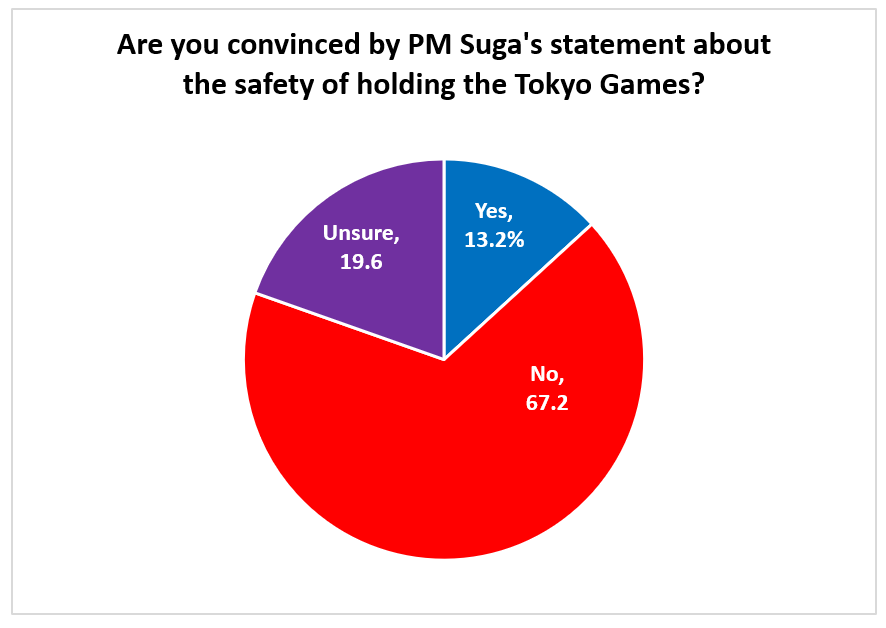