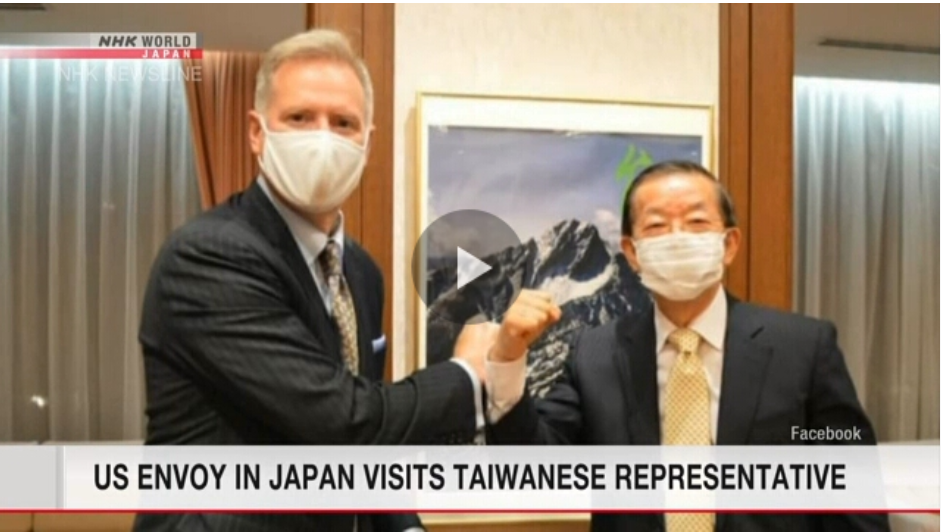 The top US diplomat in Japan has called on the representative of Taiwan in Tokyo.

Charge d’affaires of the US Embassy in Japan Joseph Young dined at the Taipei Economic and Cultural Representative Office in Japan on Monday.

Both Young and Taiwan’s representative Frank Hsieh posted photos of the event on social media.

Hsieh noted that the two exchanged views on matters to do with regional peace and prosperity.

The representative office says this was the first visit by the head of the US Embassy in Japan to the Taiwanese mission since the US cut off diplomatic ties with Taiwan in 1979. Hsieh paid a visit to Young, who is filling the role of ambassador temporarily, at his official residence in March.

The administration of US President Joe Biden has been strengthening ties with Taiwan by means such as setting out guidelines to encourage exchanges between US and Taiwanese officials.