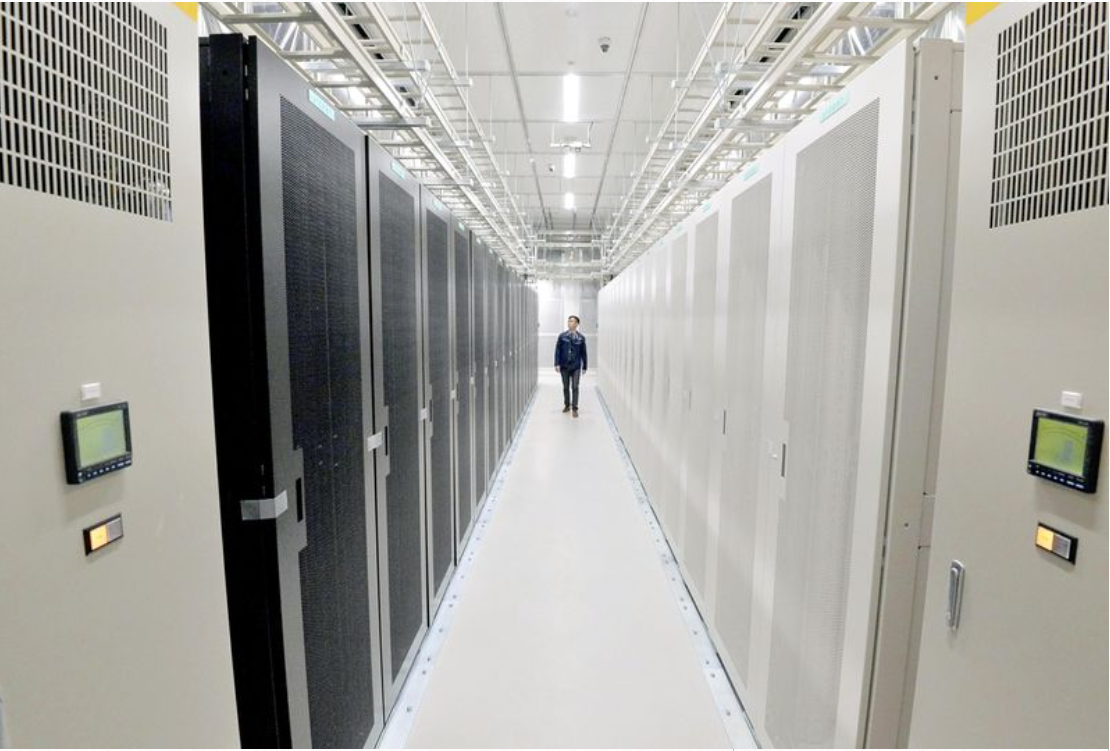 The government will provide financial support for companies and municipalities to establish data centers in about five regional cities in a bid to develop the infrastructure for a digital society as well as to decentralize the computer server and data storage facilities that are currently concentrated in large cities, The Yomiuri Shimbun has learned.

The Economy, Trade and Industry Ministry will formulate the plan this month, and the government will include it in its growth strategy to be compiled as early as June.

Data communication volume doubled in Japan in the three years to 2020 due to the expansion of digital services. Data centers are expected to become even more important from now on because the need to instantly process large amounts of information has been increasing due to the spread of telemedicine and other innovations. According to research firm International Data Corporation Japan, the size of the market related to data centers in Japan is expected to exceed ¥2 trillion in 2024.

Currently, more than 80% of Japan’s data centers are concentrated in the vicinities of Tokyo and Osaka, where there is a high volume of telecommunications use. The government intends to improve the safety of data storage and the continuity of communications and business operations in the event of a disaster by dispersing a number of data centers to regional areas.

Specifically, the government will select about five core large-scale bases in major cities other than Tokyo and Osaka. It will also consider adding about 10 small and medium-sized bases. It is planning to use vacant spaces in industrial parks and former sites of research institutes in areas where the ground is solid and there is little concern about flood damage.

Data centers are large-scale facilities housing a large number of servers and other equipment. In addition to securing land for such facilities, it is essential to secure an adequate communication network and power supply, meaning the investment for each facility can cost tens of billions of yen. The government is considering providing operators of data centers with subsidies and other benefits for telecommunications and electricity use.

The city of Inzai, Chiba Prefecture, is known for its concentration of data centers, and will serve as a model case.

Economic security considerations are one reason why the government is embarking on the development of data centers within Japan. If a data center is located outside Japan, there is a higher risk of data leakage for reasons such as demands made by the government of the other country. There is also the possibility of not being able to adequately respond to cyber attacks.

In Asia, the Chinese government is taking the lead in strengthening its own data centers. China’s total floor space for that purpose is 1.7 million square meters, four times that of Japan. Countering such moves is also behind the Japanese government’s plan.