Survey: Only 15% of paramedics in Tokyo, 20 major cities have completed vaccination 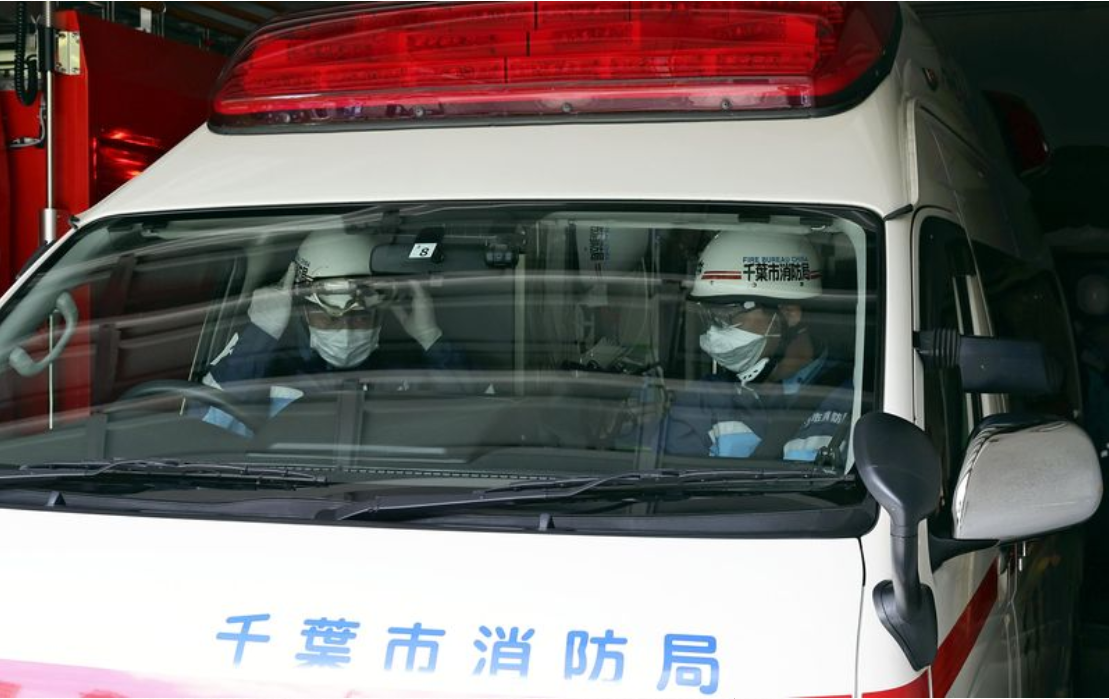 The Yomiuri Shimbun / Paramedics in goggles and masks set out on a call in an ambulance in Chiba on Tuesday.

Only 15% of the paramedics and other emergency personnel who transport COVID-19 patients and those with fever symptoms in Tokyo and 20 other major cities have received both doses of the COVID-19 vaccine, a Yomiuri Shimbun survey showed.

The survey of fire departments, which handle emergency and rescue services, in those cities also found that about half of the paramedics have received a first shot, indicating there is a delay in vaccinating front-line health workers.

Since mid-May, The Yomiuri Shimbun has been keeping close tabs on the Tokyo Fire Department and the fire departments of 20 major cities regarding vaccination rollouts.

The total number of paramedics eligible to be vaccinated in those cities is 38,339. Excluding Hiroshima and Kitakyushu, which said they have not tallied the figures, those who have received a first shot totaled 19,925, or 51%.

Only 5,943, or 15%, have received a second shot, not including Kitakyushu for which figures are unavailable.

All paramedics in Sapporo, Niigata, Kobe and Shizuoka have received a first dose, while 99% of those in Kobe and 90% in Shizuoka have also received a second. Kawasaki had the lowest rate of first shots at 24%, while Tokyo was just over 30%.

Asked when second shots for paramedics are scheduled to be completed, more than half responded “in June.”

Yokohama, however, responded that because some personnel will be dispatched to the Tokyo Olympics and must first be immunized with other vaccines, it will not be completed until August.

According to the Internal Affairs and Communications Ministry’s Fire and Disaster Management Agency, about 153,000 emergency workers are eligible for priority vaccinations nationwide, but said it was not aware how far the vaccinations have progressed.