The case against appointing “Rahmbo” Emanuel as U.S. Ambassador to Japan 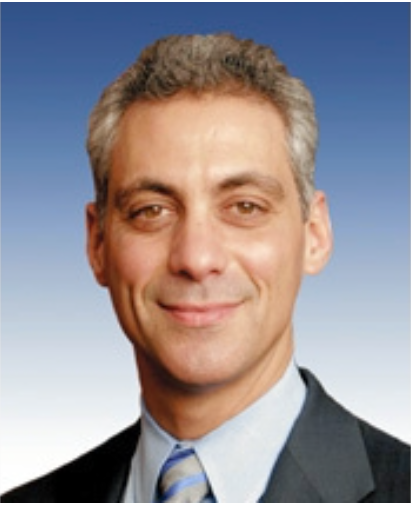 Rahm Emanuel (photo from the U.S. House of Representatives website)

WASHINGTON – Fierce opposition has erupted from the liberal wing of the Democratic Party over the Biden administration’s considering former White House Chief of Staff Rahm Emanuel (61) for the position of Ambassador to Japan. The main reason for the liberals’ opposition is his handling of a police shooting of a Black teenager in Chicago while serving as the city’s mayor. Whether Emanuel will be appointed as Ambassador to Japan remains unclear.

“If opinion is split between liberals and conservatives in the Democratic Party, Emanuel is sure to take a pro-conservative position,” says Jeff Cohen, former associate professor of journalism at Ithaca College, who has been studying Emanuel’s politics for many years.

Emanuel is a Jewish American from Chicago. He rose to prominence as the finance director for Bill Clinton’s 1992 presidential campaign and then joined the Clinton administration. As a senior government official, he reportedly played a major role in the Senate’s approval of the North American Free Trade Agreement (NAFTA), while taking a harsh stance on illegal immigration and welfare policies.

Emanuel has a close relationship with former President Barack Obama as both politicians have their electoral base in Chicago. When the Obama administration was inaugurated in 2009, Emanuel was appointed White House Chief of Staff and was tough and aggressive as the President’s closest aide. His forceful political style earned him the nickname “Rahmbo.”

“President Obama, a centrist, was probably aiming to achieve a balance with liberals in the party by appointing Emanuel,” comments Cohen. It is said that Emanuel persistently explained to President Obama the political risks of reforming the health insurance system (Obamacare).

After leaving the White House in 2010, Emanuel served as mayor of Chicago for two terms from 2011 to 2019. Asked last August during the U.S. presidential campaign how he would advise Joe Biden, Emanuel told CNBC: “Two things I would say if I was advising an administration. One is there’s no new ‘Green Deal,’ there’s no ‘Medicare for All’ (policies pursued by liberal Democrats).”

According to sources connected with the Democratic Party, Biden was initially considering appointing Emanuel to the position of Secretary of Transportation as a reward for supporting him in the close battle for the presidency. When some media outlets reported that Biden was considering making that appointment, liberals in the party fiercely opposed the idea. After that, Biden reportedly considered appointing Emanuel as the nation’s Ambassador to Japan. However, another source affiliated with the Democratic Party says, “Emanuel has expertise in domestic affairs and has limited knowledge of foreign affairs. I have never heard of him having a connection with Japan.”

Fierce opposition erupted from liberal Democrats over the [rumored] appointment of Emanuel as Ambassador to Japan. Most problematic was his handling of an incident in which a 17-year-old Black teenager was shot dead by a police officer in Chicago in October 2014 while Emanuel was the city’s mayor. The teenager died after being shot 16 times by a police officer as he walked down a Chicago street carrying a small knife.

Amid a growing public demand for the facts, the police initially opposed the release of the police dashcam video of the incident. The footage was finally released a year later, and Emanuel was criticized for being involved in “concealing information.” When it was reported last November that Biden was considering him for Secretary of Transportation, Rep. Alexandria Ocasio-Cortez, who is influential among young liberal Democrats, tweeted: “Rahm Emanuel helped cover up the murder (of a teenager). Covering up a murder is disqualifying for public leadership.”

In March this year, nearly 30 liberal Democratic organizations issued a joint statement declaring that they “oppose selecting Emanuel to represent the United States as an ambassador.” “Racism is one of the biggest reasons we opposed Trump and supported Biden in the presidential election,” explains Norman Solomon, founder of the left-wing group “Roots Action” and author of the joint statement. Solomon says the idea that someone with a background like Emanuel’s is nonetheless being considered for an ambassadorship is surprising and “jaw-dropping.”

The Biden administration is expected to announce the nomination of Emanuel as Ambassador to Japan soon. Ambassadors, however, require Senate confirmation. With the Senate composed of equal numbers of Democrats and Republicans, the Democrats barely hold a majority with Vice President Kamala Harris’s vote added in. It is unclear how Senator Bernie Sanders, the leader of liberal Democrats, will handle the matter. The situation will remain fluid until an Ambassador actually takes office.