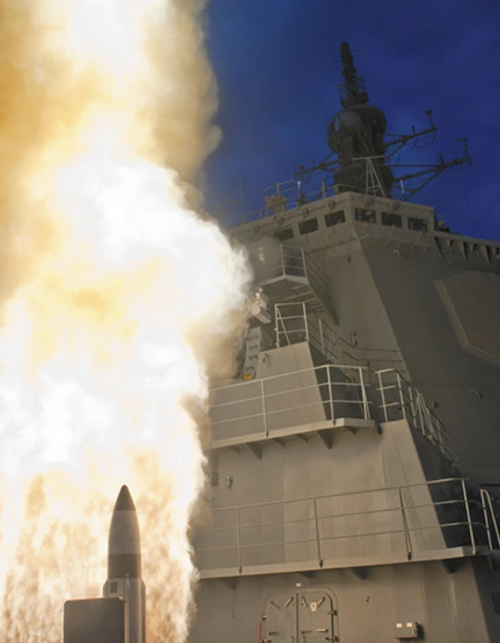 Test-firings of a sea-based alternative to the Aegis Ashore ballistic missile defense system will push up the project’s already expanding costs, which the Defense Ministry still refuses to disclose, a document showed.

Opposition lawmakers have demanded that the ministry reveal figures for the sea-based alternative, including the costs to test-fire the interceptor missiles. But defense officials have so far rejected the requests.

However, an internal ministry document compiled in November and obtained by The Asahi Shimbun estimated the cost of the test launches at several tens of billions of yen.

The internal document also estimated the total cost of life-time maintenance of the sea-based missile defense system and the two destroyers at close to 900 billion yen ($8.2 billion), or about double what the Aegis Ashore land-based system was initially estimated to cost.

The document also said undisclosed additional expenses for repair and maintenance of equipment to defend the destroyers could lift the eventual total cost in excess of 1 trillion yen.

When the Defense Ministry presented documents explaining the estimated costs of the sea-based alternative to ruling coalition and opposition lawmakers in November 2020, it clearly stated that the figure did not include the costs for test launches and for training the Self-Defense Forces members who would handle the system.

Interceptor missiles installed on Aegis destroyers have been test-fired in the past, often in waters off Hawaii. But Defense Ministry officials have refused to respond to opposition party lawmakers’ questions in the Diet about the total cost of such tests.

At the May 25 session of the Upper House Foreign Affairs and Defense Committee, Satoshi Inoue of the Japanese Communist Party asked the Defense Ministry to disclose its internal documents, given that the additional expenses were highly likely related to test launches and training of personnel.

(This article was written by Kaigo Narisawa and Shuhei Shibata.)