“Taliban has betrayed us in past,” new Afghan Ambassador Shaida Mohammad Abdali 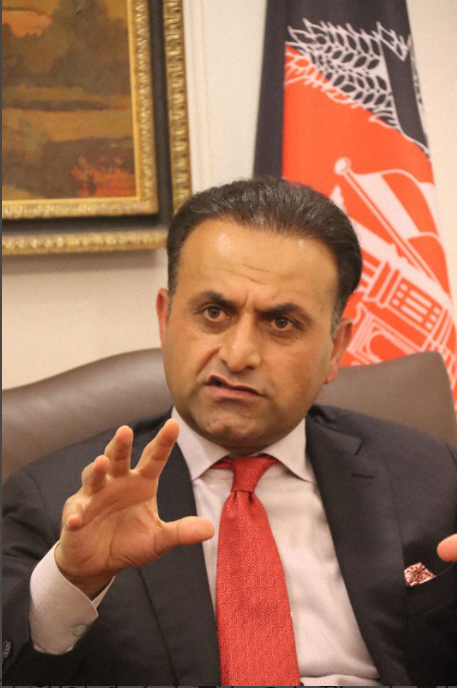 By Kawakami Tamami and Kaneko Jun

Shaida Mohammad Abdali, Afghanistan’s new ambassador to Japan, had an interview with the Mainichi Shimbun on May 24. Afghan peace talks are scheduled to be held in Turkey, but Ambassador Abdali openly expressed his distrust of the Taliban, which persists in its attacks. “The Afghan government is ready to make compromises for the sake of peace, but that doesn’t mean we can forget our past experience of betrayal,” the Ambassador said.

The decision to hold international talks was made at the request of the Biden administration. The Taliban and the Afghan government were scheduled to discuss a ceasefire and a new political system in April, but it was postponed to mid-May or thereafter.

Regarding the announcement of the withdrawal of the U.S. military stationed in Afghanistan and the North Atlantic Treaty Organization-led troops, he said, “I respect the decision. I am glad that they have announced they will continue to assist Afghanistan.” He also called for further cooperation from the international community, citing the fact that the security situation is still unstable.

He asked the Government of Japan to be actively involved in the peace process and reconstruction, saying, “Japan has a proven track record of providing support from a neutral position, and it can play an important role.”

The Ambassador said that “the investigation is still ongoing” regarding the 2019 killing of Dr. Nakamura Tetsu (then 73 years old), who headed NGO “Peshawar-kai” (Fukuoka City), in the eastern part of Afghanistan.