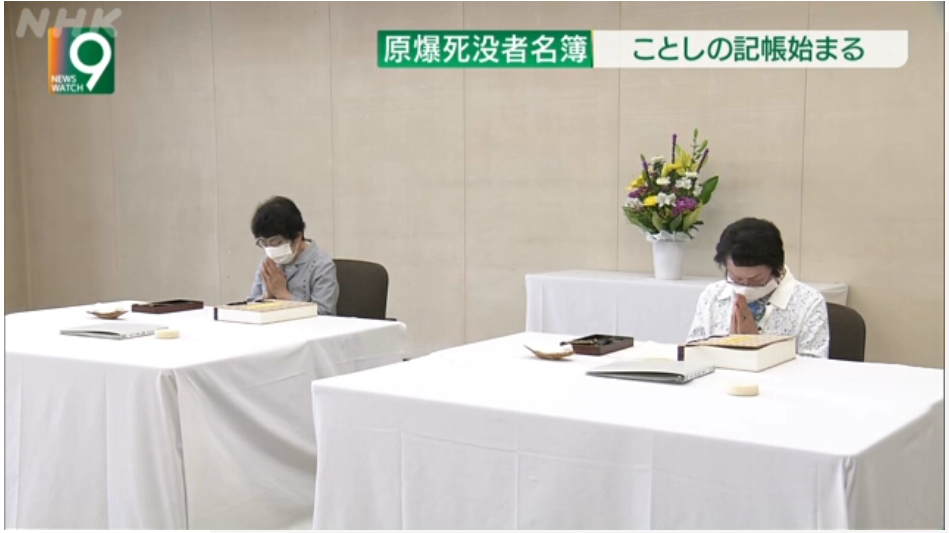 The annual task of adding new names to the register of victims of the 1945 atomic bombings has begun in Hiroshima and Nagasaki.

Each city is updating the registry to include the names of bomb survivors who died, or whose deaths were confirmed, over the past year.

Ikegame Kazuko and Nakamoto Nobuko began writing the new names, ages, and the date of death.

Both of them are survivors and former city office workers.

Ikegame said she will write their names with prayers in her heart, hoping for a peaceful world without nuclear weapons and feeling the sorrow, agony, and anger of the dead.

Calligrapher Morita Takako, whose parents were exposed to radiation in 1945, is carrying out the task of writing the names.

She said she was reminded of how precious peace is by the way people’s lives changed dramatically during the pandemic.

She added it is important for the second and third generations to know and communicate the feelings of the victims to future generations.

The updated lists will be placed in cenotaphs during annual memorial ceremonies, which will be held on August 6 in Hiroshima, and on August 9 in Nagasaki.