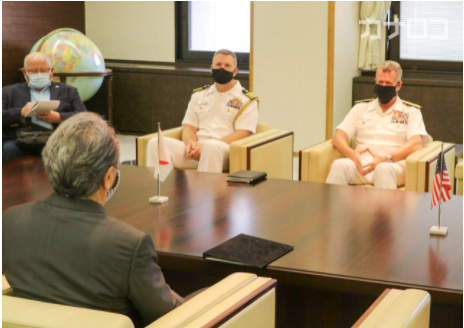 On June 8, Admiral Samuel Paparo, the new commander of U.S. Pacific Fleet who assumed office in May, paid a courtesy call on Yokosuka Mayor Kamiji Katsuaki.

“I’m glad to be back in Yokosuka,” said Admiral Paparo, a former pilot of a plane stationed on the U.S. aircraft carrier USS Kitty Hawk, which was deployed to Yokosuka. Mayor Kamiji welcomed him, saying, “I hope you see Yokosuka as your home away from home.”