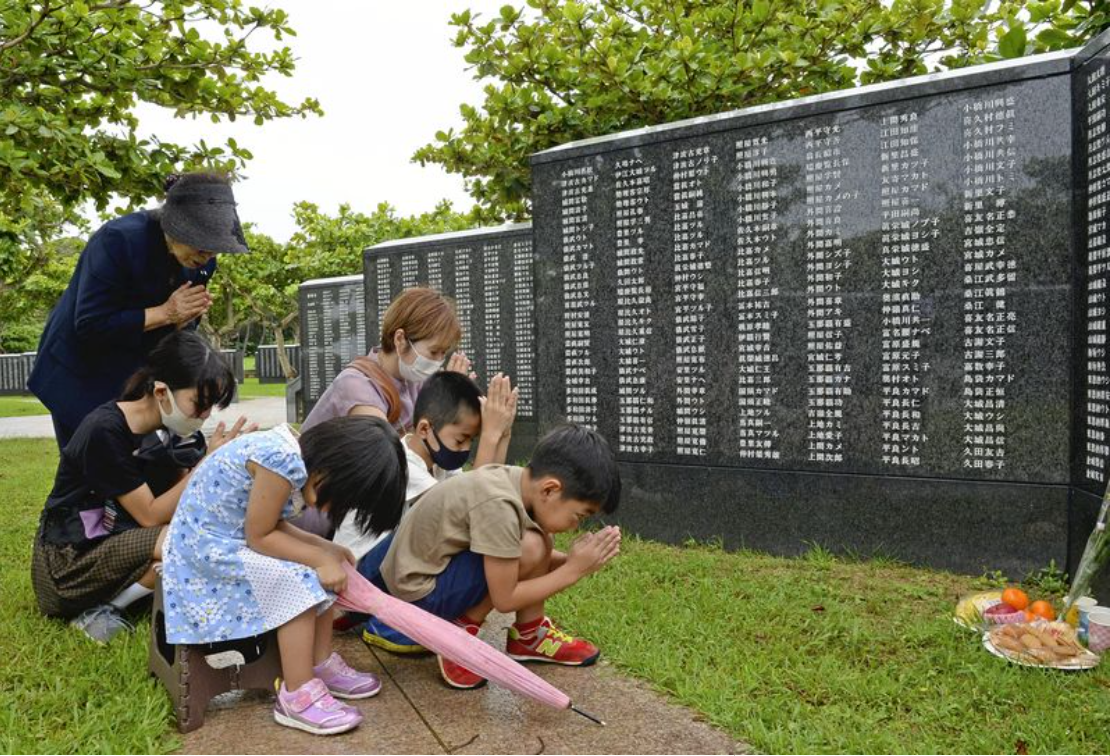 The Yomiuri Shimbun / People including family members of those who died in the Battle of Okinawa offer prayers at the Peace Memorial Park in Itoman, Okinawa Prefecture, on Wednesday.

ITOMAN, Okinawa — Okinawa Prefecture marked 76 years since the end of the Battle of Okinawa on Wednesday, commemorating those who died in the fierce ground battle in the closing days of World War II.

Family members and others offered prayers from early in the morning at the Peace Memorial Park in Mabuni, Itoman, in the prefecture where the last major fighting in the battle took place.

The ceremony for the annual Ireinohi memorial day at the park was scaled back to limit attendance to about 30 people, as Okinawa is the only prefecture currently under a state of emergency due to the novel coronavirus.

Normally, about 5,000 people, including the general public, attend the ceremony organized by the prefectural government and the prefectural assembly, but this year Prime Minister Yoshihide Suga and other Cabinet members were not invited to prevent the spread of the infection.

Okinawa Gov. Denny Tamaki expressed his determination to pass on the experience of and lessons from the war to future generations at the ceremony.

As the 50th anniversary of Okinawa Prefecture’s reversion to Japan will be marked next May, Tamaki called on the Japanese and U.S. governments to lessen the excessive burden borne by the prefecture’s hosting of U.S. military bases.

In a video message, Suga expressed his determination to bring about substantial results to lessen that burden and lead the efforts to promote the prefecture.