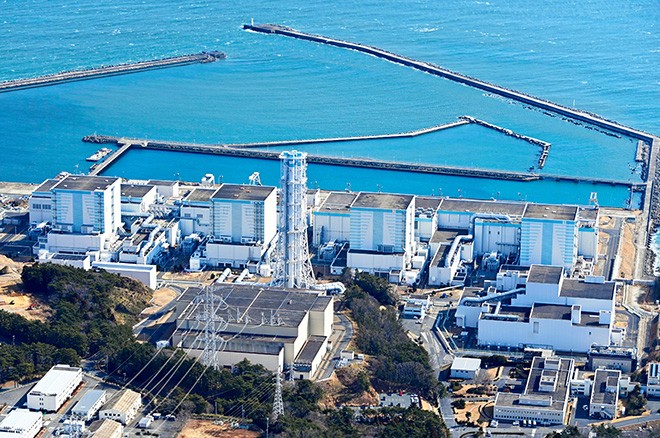 In 2018, TEPCO decided to scrap all four reactors at the plant, located south of the No. 1 nuclear plant that was devastated by the 2011 Great East Japan Earthquake and tsunami. Operations at the No. 2 plant have been suspended since it was inundated by the tsunami.

The company estimates the total cost of scrapping the No. 2 plant, including reprocessing spent nuclear fuel, at 410 billion yen ($3.70 billion).

TEPCO divided the process of decommissioning the plant in four stages, each taking about a decade. In the first stage, the company will focus mainly on decontamination work.

TEPCO has already begun work to scrap all six reactors at the crippled No. 1 plant. The company needs considerable manpower to simultaneously carry out the decommissioning work at both plants.

It is also facing many challenges, such as where some 10,000 spent nuclear fuel assemblies should be transferred to.

The Nuclear Regulation Authority, the government’s nuclear watchdog, approved TEPCO’s decommissioning plan for the No. 2 plant on April 28. The company also obtained prior consent to the plan from Fukushima Prefecture as well as Tomioka and Naraha towns, which co-host the plant, on June 16.

Fukushima Governor Masao Uchibori is urging TEPCO to move the spent fuel out of the prefecture and to cultivate a corporate culture that prioritizes safety and to work with local companies when carrying out the decommissioning work.

TEPCO started the work by inspecting the interior of the reactor buildings and checking the procedure for decommissioning. It will bring in necessary equipment and materials to the plant from July 1 and begin decontamination work on a full scale from mid-July.

(This article was written by Tetsuya Kasai and Satoshi Shinden.)