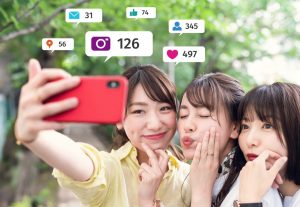 Generation Z, or Gen Z for short, refers to people born between the late 1990s and early 2010s. They followed Generation Y, better known as the millennials, who were born between the early 1980s and around 1995 and are expected to make up 75% of the world’s workforce by 2025. Since a lot has already been said and written about the millennials, there is now growing international interest in the generation that succeeds them. Gen Zers tend to be naturally tech-savvy and accustomed to “searching before thinking” when they encounter something they don’t know. While millennials were known as “digital natives,” Gen Zers are said to be “social natives” because social media has always been a part of their lives. According to a recent Tokyo Metro Group survey of 500 people aged 15 to 24 in Tokyo, the top social media tool they use every day is LINE (89.6%), followed by YouTube (83.9%), Instagram (82.1%), Twitter (81.8%), and TikTok (70.5%). Sixth-place Facebook lagged far behind at 26.8%. 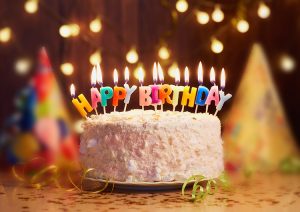 Business Insider Japan carried an article on June 16 saying that Japan’s Generation Z welcomes something that older generations hate: spoilers. They want to know what’s going to happen to avoid any unpleasant surprises. According to a survey of 224 people aged 19 to 25 conducted by SEEDATA in 2021, about 60% said they told their friends or lovers what they planned to get them for their birthdays. While older generations enjoy surprise birthday parties, Gen Zers avoid these events where photos are taken for social media. They believe the birthday girl or boy should be informed of the event in advance so they can look the part. Birthday presents are another custom for which Gen Zers steer clear of surprises. They ask their friends what they want and give them exactly what they asked for. One says: “I don’t want to mess up and give someone something they don’t want so I tell them what I’m planning to buy beforehand.” The flash mobs that were popular among millennials in the 2000s are another example of the kind of high risk, high return “surprise” that Gen Zers shy away from. Since they are not particularly competitive, it doesn’t bother them if the presents they buy are nothing out of the ordinary. They’re more afraid of disappointing their friends by giving them something they don’t want.

Members of Generation Z also want to know what’s going to happen in movies, TV shows, and concerts before they watch them. According to a SEEDATA survey, 54.1% said they look for spoilers before watching movies or TV shows. One Gen Zer said: “I don’t like scary movies, so I want to check the spoilers beforehand to see how the story will unfold.” Emotional roller coasters are stressful for Gen Zers, and knowing the ending ahead of time allows them to enjoy the immersive experience without any surprises.

Business Insider writes that the massive volume of entertainment content available on YouTube and streaming services is the reason why Gen Zers want to know the conclusion ahead of time. As trends come and go quickly today, Gen Zers want to carefully consider what they might enjoy in advance so they don’t waste time or energy on something they don’t like.