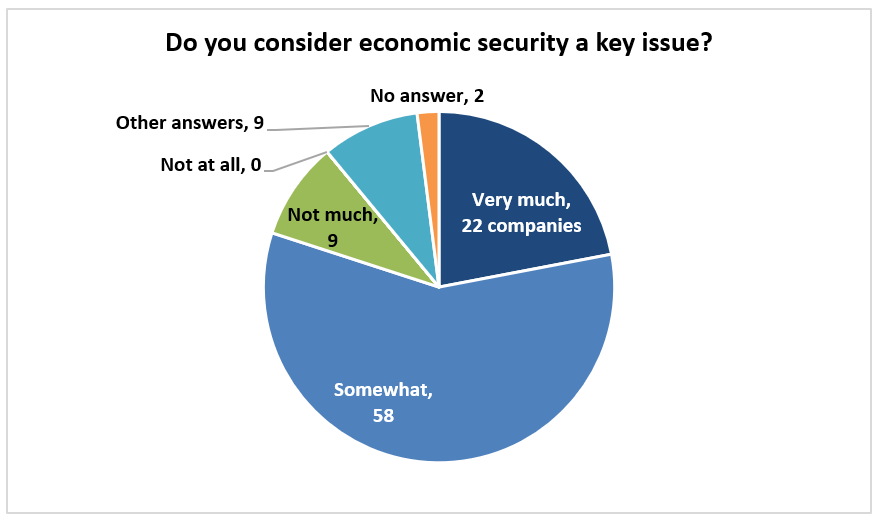 The recent Asahi survey of 100 leading companies probed views on economic security, which is of increasing importance amid the U.S.-China confrontation. A plurality of 80 companies said that they consider economic security a key issue, and 54 companies said they “have taken internal measures to strengthen information management” against cyberattacks and the leakage of technology and personal data.

The survey was conducted of 100 major Japanese companies nationwide on May 24–June 4, 2021, via both written questionnaires and online interviews. Companies were cautious in responding to questions regarding economic security, with some companies asking for anonymity because the questions were related to the regulations of various countries.

In addition to the United States’ imposition of export restrictions on telecommunications giant Huawei and other Chinese companies, the confrontation between the United States and China has heated up over human rights issues in China’s Xinjiang Uyghur Autonomous Region. This is having an increasing impact on Japanese companies, as well. 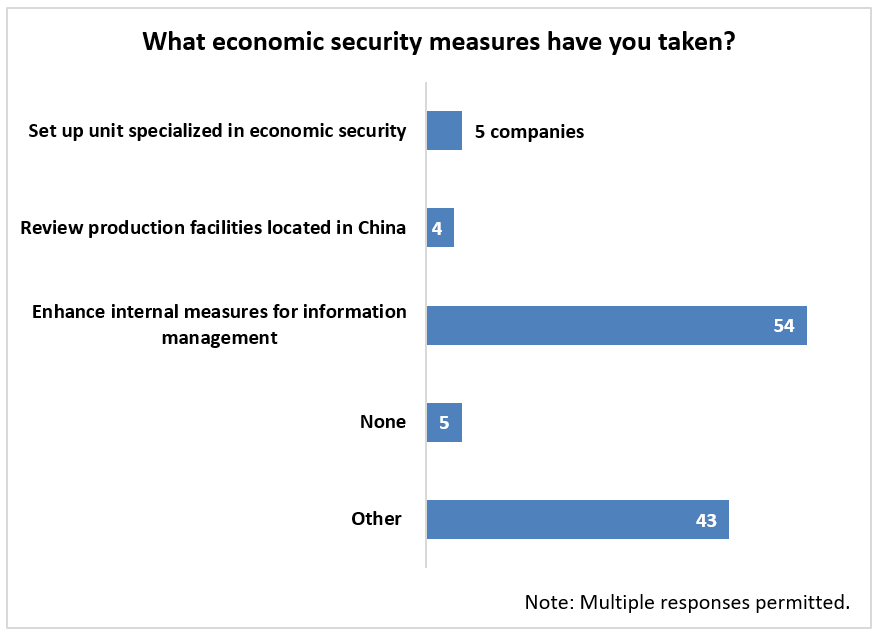 Some 54 companies said they will “enhance their internal rules regarding information management, including restricting those given access to confidential information.” Shimizu Corporation said, “In light of the domestic and international situation, we must move forward with investment in defense against cyber terrorism.”

Some 66 companies said U.S.-China relations will “remain unchanged” going forward, with 11 companies pointing out that the current U.S. administration is pursuing diplomacy that values human rights more than the previous administration and so it will not be easy for the two nations to reach a compromise.

Sumitomo Chemical President Iwata Keiichi said his company “has less indirect business with Huawei,” while Asahi Kasei said “some products have been targeted with additional [customs] duties and export restrictions.”

One manufacturer said it plans to leave in China those production units that serve the Chinese market and to relocate others to Japan or Southeast Asia. Regarding products that are already hard to export to the U.S. from China due to export restrictions, the manufacturer moved its finishing operations site to Japan with an eye to maintaining exports to the U.S.