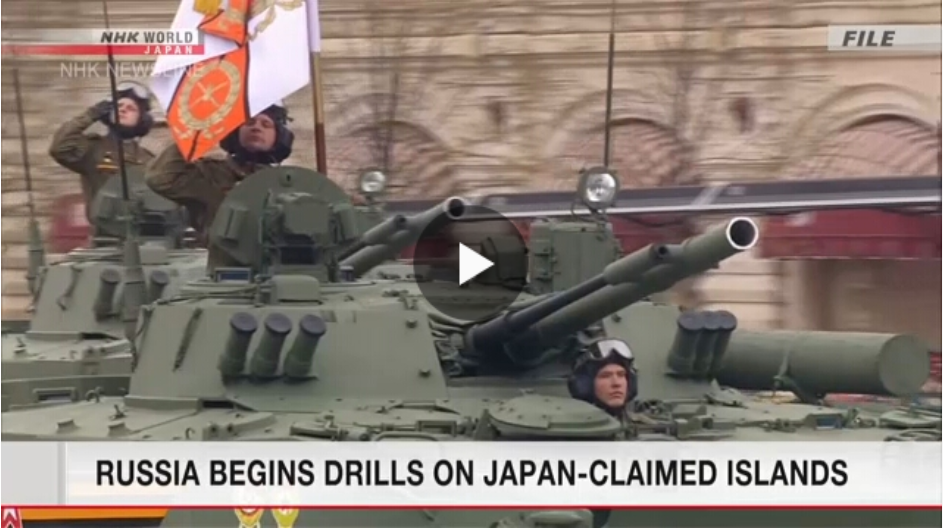 Russia has begun large-scale military drills on islands that Japan claims as its Northern Territories.

Russia’s Eastern Military District says the exercises being conducted over five days from Wednesday are based on a scenario of hostility between two states. They’re being staged on the islands of Etorofu and Kunashiri as well as Sakhalin and elsewhere.

More than 10,000 soldiers will be taking part, as well as up to 500 military vehicles, about 30 aircraft and about 10 vessels. The schedule for the drills includes landing operations.

Russia regards the islands and their vicinity as a point of strategic importance linking the Sea of Okhotsk and the Pacific.

In February this year, Russia conducted drills on a training ground in the area with more than 1,000 soldiers taking part.

Observers say Russia’s repeated exercises are aimed at asserting its claims over the islands, and to warn the United States, as Moscow believes the US is stepping up its military might in the Asia-Pacific region.

Japan’s Foreign Ministry has lodged a protest with the Russian Embassy in Tokyo, saying that the military buildup on the Northern Territories goes against Japan’s stance.

The Japanese government maintains the islands are an inherent part of Japan’s territory. It says the islands were illegally occupied after World War Two.