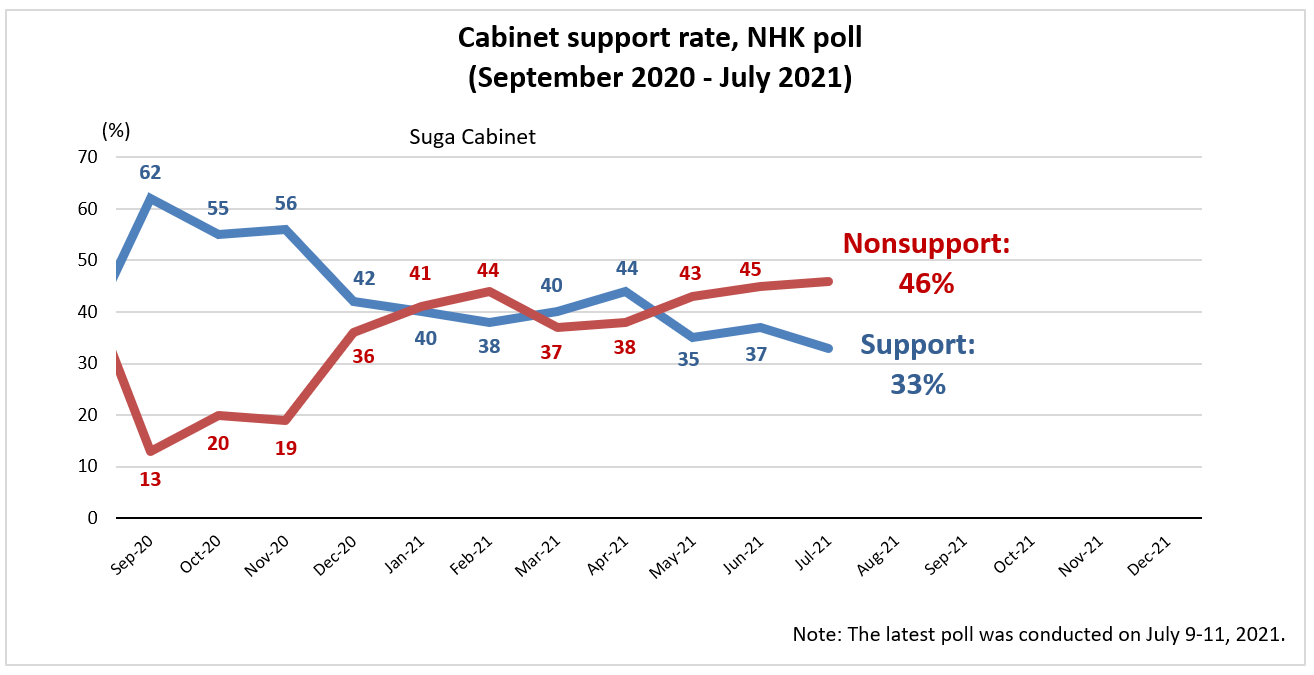 According to the July NHK public opinion poll, the approval rating of the Suga Cabinet dropped 4 percentage points from last month to reach 33%, the lowest ever support rate for Suga since the inauguration of his administration in September 2020. Disapproval rose 1 point to reach 46%, the highest ever for the Prime Minister.

NHK conducted a nationwide survey over the three-day period of July 9–11, 2021, on a computer-aided random digit dialing (RDD) basis and targeted men and women aged 18 or over with calls placed to landline and mobile phone numbers. Valid responses were received from 1,224 of the 2,090 people polled. The valid response rate was 59%.

Asked about the government’s border measures to prevent the entry of the virus, including those for athletes arriving to take part in the Tokyo Games, 5% said they “rate them highly” and 33% said they have a “somewhat positive view.” But 36% “do not rate them very highly” and 21% do “not have any positive view at all.”