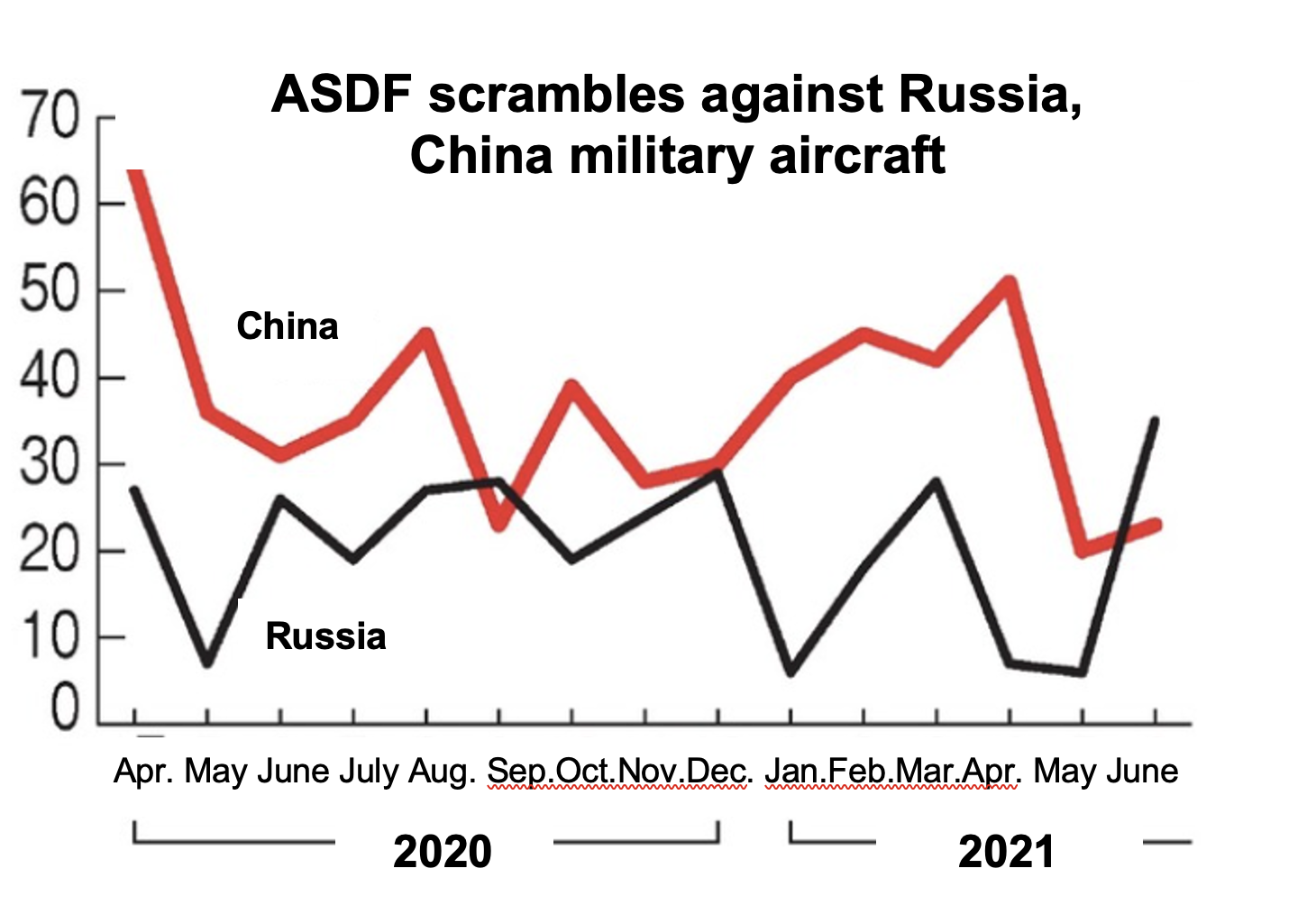 The Air Self-Defense Force made more scrambles against Russian military aircraft in June than against Chinese aircraft for the first time in nine months. The increase in scrambles against Russian aircraft is likely due to the military exercises Russia conducted in such areas as the Northern Territories,  as this forced the Japanese government to keep a close eye on Russia’s military and political movements.

One factor that likely contributed to the increase was Russia’s conducting military exercises near Japan. On June 23, Russia announced that it had begun exercises in the Northern Territories and other areas that involved more than 10,000 personnel. On June 25, the ASDF scrambled against a Su-25 attacker that flew through the air-defense identification zone over the Sea of Japan on the north side of Hokkaido in the direction of Japan. This is the first Su-25 spotted in a scramble. Usually reconnaissance planes or patrol aircraft are identified during scrambles. The Su-25 may have been on its way home from the exercises.

The Russian government has told Japan that they plan to conduct target practice near the Northern Territories’ Kunashiri Island intermittently later this month. Chief Cabinet Secretary Kato Katsunobu protested that Russia’s strengthening its military posture in the four islands of the Northern Territories is unacceptable because it contradicts Japan’s position.

Russia is also making political moves. “Russia may be stepping up its activities to figure out what Japan is thinking,” a senior Ministry of Foreign Affairs official said, speculating these activities are part of Russia’s strategy to push Japan off balance.