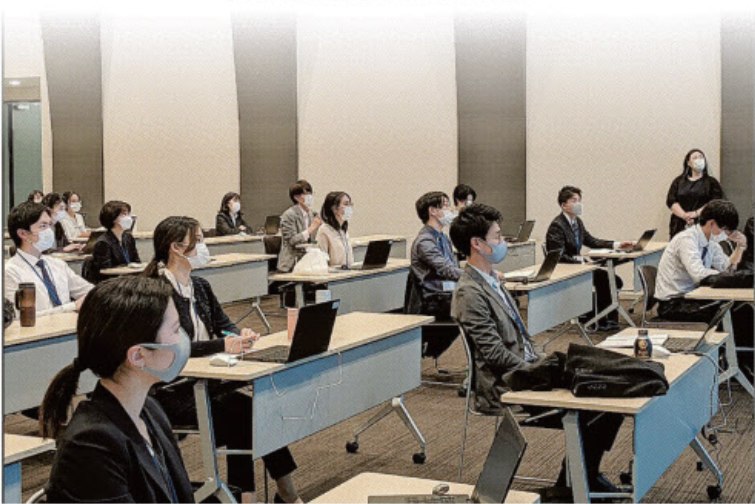 The Japan Aerospace Exploration Agency (JAXA) reached a significant milestone in recruiting new graduates this spring. Of 36 new recruits, 19 were women, which accounted for more than 50% of all new recruits for the first time. Women accounted for only 38% of all applicants but they surpassed men in number after screening.

JAXA winnows down the number of applicants by screening their entry sheets and then interviewing those who passed screening three times. Human resource division chief Matsumura Yusuke says, “We give top priority to the novelty and academic rigor of applicants’ theses and research projects.” JAXA then looks at applicants’ leadership and communication skills.

Female new hires accounted for 25% of the total in fiscal 2019 and 41% in fiscal 2020. Seventy-five percent of new hires in fiscal 2021 graduated from science and technology courses compared with fewer than 50% of female new hires. JAXA hires staff solely on the basis of ability but also wants to increase the number of female workers as an organization. Matsumura says, “Diversification of human resources leads directly to benefits in managing the organization.”

A decade ago, launching rocket satellites was regarded a major goal in space development. But now emphasis is also placed on how to utilize satellite data in contributing to society. The data needs to be used for various purposes, such as understanding volcanic activities and forest fires, and staff who handle the data need to coordinate with relevant ministries and agencies. Matsumura explains, “We need to gather human resources with various backgrounds regardless of gender to create new ideas.”

Only a small number of women graduate from science and technology courses, prompting companies to scramble for them. According to a Basic Survey on Schools, women account for 16% of engineering undergraduates and 28% of science undergraduates. So JAXA focuses on increasing the number of female students for whom JAXA is the “first career choice” as much as it can.

JAXA gives lectures at universities that have many female students. It has also held online job fairs targeting female students once or twice a year since before the outbreak of the COVID-19 pandemic to explain its support system for balancing a career and a family, including a childcare leave, and to introduce women who are currently working at JAXA. Matsumura says, “We will show that our support system is functioning to eliminate concerns about not being able to work and also raise a family, among other things.”

JAXA is also trying to create a work environment where women can fully exercise their abilities. Female JAXA workers can use a mentor system to consult older female workers about how to balance work and family. It also set up day-care centers at its offices in Tsukuba City, Ibaraki Prefecture, and Chofu City, Tokyo. Further, JAXA holds an online networking event about once a month at multiple offices for its employees who are currently raising children.

Ogawa Mahiro, a researcher at the Satellite Applications and Operation Center of the Space Technology Directorate I who joined JAXA in 2019, takes part in the networking event. She says, “I can specifically imagine my future by listening to other people’s experiences of working shorter hours and sharing childrearing and household chores.”

But women accounted for only 10% of all JAXA executive officers as of April 2021, which means there were few role models for female staffers. To solve the problem, JAXA introduced a double employment system in April 2020 from the perspective of promoting diversity.

Matsumura says, “We want female staff members to meet their role models and extend their networks outside of JAXA.” Those who want to use the system need to inform JAXA and are allowed to have a side job as far as there is no conflict of interest.