China can destabilize Taiwan without firing a shot 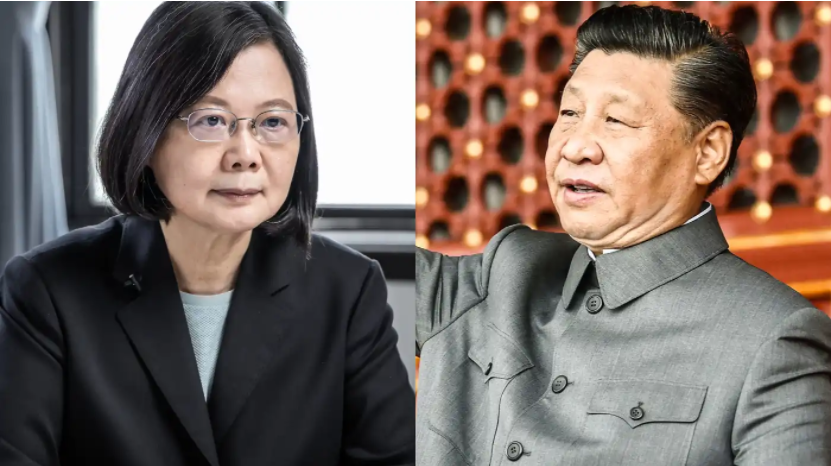 TOKYO — U.S. Deputy Secretary of State Wendy Sherman’s visit to China on July 25-26, the first such trip by a Biden administration diplomat, illustrated, as many predicted, what a quagmire the tensions between the U.S. and China have become.

Foreign Minister Wang Yi put forward three demands — do not plot to subvert China, lift all of Washington’s unilateral sanctions and do not infringe on China’s territory and sovereignty — with a particularly strong message regarding Taiwan.

Beijing, he said, will quell pro-independence “provocations” by “any means necessary.”

The question is, how much of a danger is there of open warfare?

Adm. Philip Davidson, then commander of the U.S. Indo-Pacific Command, caused a global stir in March with his warning that China could take action against Taiwan by 2027. 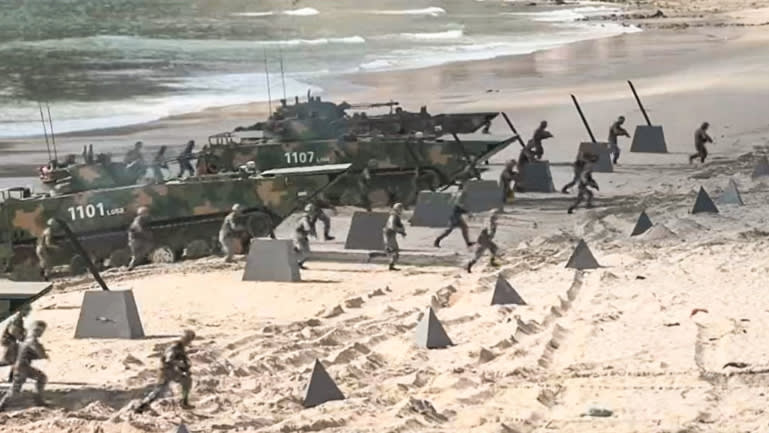 Since then, there has been increasingly heated discussions about the risk of a U.S.-China conflict in the Taiwan Strait. Some American and Japanese security experts say Davidson exaggerated the threat somewhat, while others agree with his assessment.

Looking merely at the military balance between Washington and Beijing, the latter view is not entirely unsubstantiated. China’s breakneck expansion has upended U.S. military superiority in Asia.

The Chinese military has about five times as many fighter jets deployed in the Indo-Pacific as the U.S., for example, and that difference is projected to rise to eightfold in 2025, according to an estimate by the U.S. Indo-Pacific Command. The defense gap is expected to widen in other areas as well. China is on pace to triple its number of carriers compared to the U.S. by 2025, with more than sixfold the total of submarines and ninefold the tally of warships by that year.

But, as for Davidson’s specific reference to 2027, analysts more often than not say it is unlikely China will mount a full-fledged invasion of Taiwan by then.

For starters, bringing Taiwan into the fold by military force would require taking control of the Taiwan Strait, then sending the vast quantities of weapons, personnel and materiel needed for an invasion, which could take weeks or months. The Chinese military lacks the capabilities to guarantee that such an operation would succeed.

And even if China initially defeated the U.S., Washington would likely mobilize its forces from around the world to launch counterattacks against Chinese transport ship convoys, military ports and airports. Taiwan’s own forces have hardened their defenses at key locations, making it difficult to occupy the entire territory at once.

In addition, Chinese President Xi Jinping’s goal at this point is to thwart efforts advancing Taiwanese independence. He has not completely given up on the idea of peaceful unification.

That said, if the U.S. military does not step in, the basis for these arguments is moot.

Washington has maintained strategic ambiguity about its official stance on the matter, but the Pentagon will probably not stand idly by if China invades Taiwan. 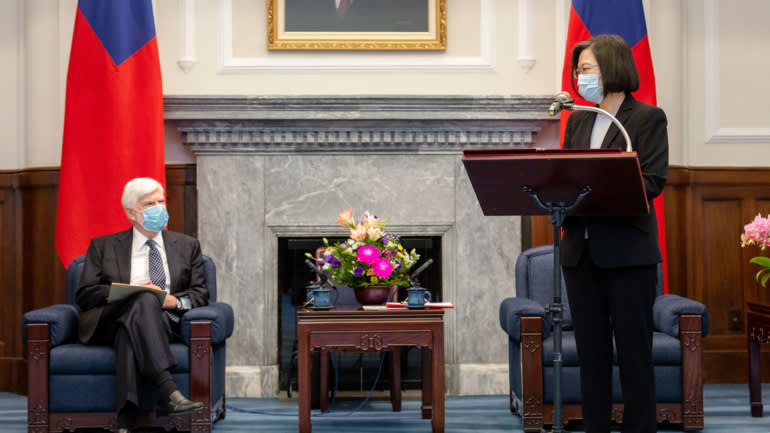 The U.S. military has been deepening its involvement in Taiwan. It has sent personnel there on multiple occasions in recent years to quietly provide guidance to the island’s forces, according to American security experts. It reportedly has also observed drills and tabletop exercises and offered advice.

Short of Taiwan seeking independence, China is more likely to ratchet up pressure on the island for the time being, rather than launch an all-out invasion that would trigger a U.S. intervention.

These dynamics present two potential flashpoints over the next five or six years. Taiwan controls numerous remote islands, including Taiping Island and the Matsu Islands in the South China Sea, as well as the Pratas Islands to the southwest of the Taiwan Strait.

Specifically, the Chinese military could target a lightly defended island. But from Beijing’s perspective, invading a remote island controlled by Taiwan presents challenges.

Although it would serve to rattle Taiwan, an invasion is certain to draw a sharp response from the U.S. and others. This would lead to greater assistance for Taiwan’s defense, making unification that much more difficult.

The second flashpoint involves the possibility of China sowing social unrest in Taiwan, whether through cyberattacks or propaganda.

Stoking the public’s discontent with Taiwanese authorities and leveraging its economic clout to further draw in the island’s pro-Beijing element would erode governance.

Russia relied on similar tactics against Ukraine in annexing Crimea in 2014. There are indications China has already initiated such hybrid warfare.

Reports recently emerged that a Chinese agent is suspected to have approached a former senior official who held the Taiwanese defense ministry’s third-highest post until June, obtaining sensitive information.

Considering these tactics alone are unlikely to lead to China’s unification with Taiwan, Beijing continues to reserve the option of taking the island by force.

As U.S. and Chinese military aircraft and warships patrol the Taiwan Strait, the risk of a sudden escalation remains.

A U.S. intelligence aircraft and a Chinese fighter jet collided midair off the coast of the island province of Hainan in 2001.

What is distressing is that reliable lines of communication between the U.S. and Chinese militaries seem to be fraying, making it difficult for them to contact one another in an emergency.

Top U.S. and Chinese military officials were scheduled to hold an online dialogue in December 2020, but American sources say the Chinese side never showed up. Secretary of Defense Lloyd Austin repeatedly suggested talks over the phone, but the Chinese military turned these overtures down.

As seen in the 1937 Marco Polo Bridge incident that precipitated the Sino-Japanese war, history is rife with skirmishes on the front lines developing into full-blown warfare. If that mistake is repeated in the Taiwan Strait, the global impact could be immense and immeasurable.