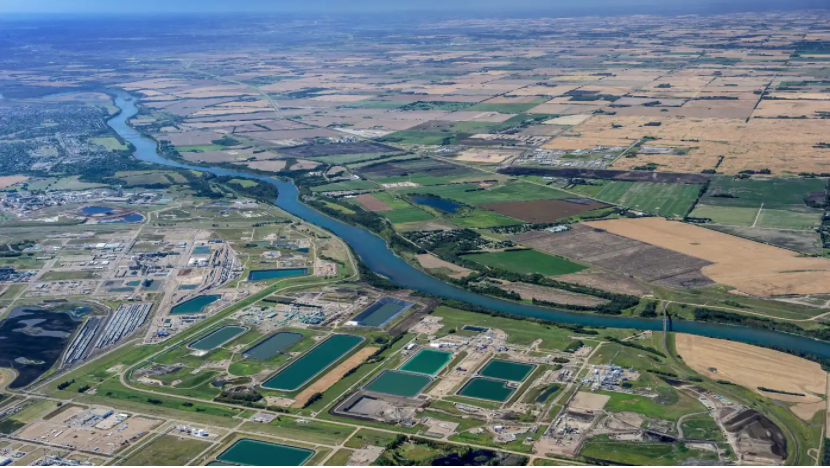 Itochu will build the new ammonia plant in an industrial zone in the Canadian province of Alberta.

TOKYO — Japanese trading house Itochu is set to begin commercial production of ammonia in Canada in 2026 at what is slated to be one of the world’s largest manufacturing facilities for the clean-burning fuel.

Itochu has agreed to conduct a joint feasibility study with a Canadian subsidiary of Malaysian state energy company Petronas, as well as a local infrastructure company that builds gas pipelines. The $1.3 billion plant will manufacture ammonia from natural gas extracted from a field owned by the Petronas unit, making up to 1 million tons per year.

The trading house plans to ship the fuel to Japan, helping to bring the coal-reliant country a step closer to meeting its emissions-cutting goals. Ammonia generates no carbon dioxide when burned and can be blended with coal to reduce emissions at fossil-fuel power plants.

Plans call for breaking ground on the facility in an Alberta industrial zone in 2023. Itochu and the local infrastructure company will set up a joint venture for the plant. The trading house will handle most of the sales as well as set up a transportation network.

Ammonia is produced by stripping away hydrogen from natural gas and combining it with nitrogen. Itochu plans to capture and store carbon dioxide produced in the process. The resulting fuel, made with a reduced climate impact, is so-called blue ammonia, as opposed to “green” ammonia made using renewable energy sources such as solar power.

Ammonia from the new plant will be shipped from western Canada by sea to Itochu’s home country, mainly for sale to power companies as well as manufacturers that generate their own power, such as steel and chemical makers.

A Japanese public-private group estimates that generating electricity from ammonia on its own will cost 23.5 yen (21 cents) per kilowatt-hour — one-fourth of the cost of hydrogen, a clean fuel on which Japan has bet big.

Materials and transportation make up the bulk of the cost. Canadian natural gas has fallen in price because of competition with U.S. shale gas, and pipelines to transport it to ammonia production facilities are already in place. It takes just under 10 days to ship ammonia to Japan or Southeast Asia from Canada, so transportation costs are expected to be low.

Volume is still an issue, which Itochu looks to help solve with the new plant.

Ammonia is widely used as a fertilizer ingredient, and the technology for producing and transporting it is already well established. But nearly 90% of the 200 million tons manufactured each year is processed and consumed for this purpose, and securing large quantities of pure ammonia for power generation remains a challenge.